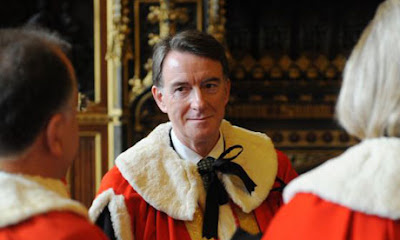 Following my recent blog on the MG Rover SFO issue BIS have now released a statement from the Lord Mandelson. It notes:

"The Serious Fraud Office has today been asked to consider whether there should be a criminal investigation following completion of an inquiry into the collapse of the MG Rover Group owing creditors nearly £1.3 billion.
The decision was taken after the Secretary of State for Business, Innovation and Skills studied the findings of independent inspectors. Their report is the result of an inspection set up by the then Secretary of State for Trade and Industry after MGRG, the manufacturer of Rover and MG cars, went into administration on April 8, 2005.
Business Secretary Lord Mandelson said today: “There has been a comprehensive and thorough investigation into the events which led to the company failing, workers losing their jobs and creditors not getting paid. The SFO must now see if there are grounds for prosecution.”
The Inspectors investigated the affairs of MGRG, its parent company Phoenix Venture Holdings (PVH) and MGR Capital Limited and 32 related companies between the purchase of MGRG from BMW in May 2000 and the date of it entering administration.
The Inspectors delivered their report on 11 June 2009.  Following legal advice the Rover Report will not be published at this time in order to ensure any potential prosecution is not prejudiced.  The position will be reviewed following the outcome of the SFO’s considerations."