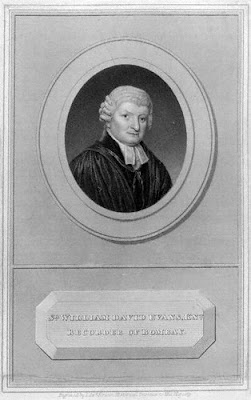 Sir William was a barrister (Gray's Inn, 1789) who published a number of works including a Letter to Sir S. Romilly on the Revision of the Bankruptcy Laws (1810). The work certainly influenced subsequent legislation. He died at Bombay on the 5th December  1821. The letter makes fascinating reading. It is long, stretching to some twenty-three pages. I will give only a sample here. For full access you must visit Lincoln's Inn Library and dig out volume 39 of the Cooper Pamphlets. Here is a taster:

"...it seems perfectly evident that many of the practical inconveniences which have resulted from the present system, arise from its consisting of materials that have been added together for more than two centuries, without sufficiently adverting to their congruity and adaptation."