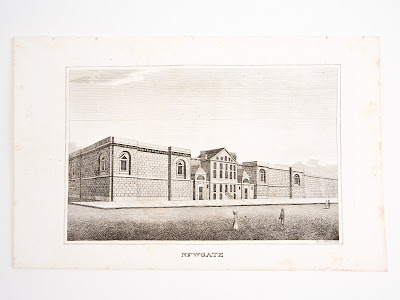 An anonymous barrister drafted a disinterested pamphlet in 1808 which noted:

"Repeated instances have come within my knowledge to demonstrate the injustice and impolicy of confinement, as it concerns both debtor and creditor, through the enmity or personal interest of attornies.-Men of this profession have encouraged litigation, for the purpose of increasing costs, and the Debtor has been detained, at the instance of the lawyer, when the Creditor has been disposed to release him. The lawyer's expenses are frequently the sole cause of confinement, for unless he is paid, he will not give the debtor discharge. Thus it happens, that the prisoner remains with a chance of liberation."

(From: Barrister, by A. Information and Remarks on the Present State of the Debtor and Creditor Laws, under the following heads: I. Of Arrest and Bail. II. Of Pleadings, Judgments, Writs of Error, and Executions. III. Of the Bankrupt Laws. IV. Contempts of court, and Attachments in Equity. V. Of Crown Debtors, and Damages for Adultery, Assault, Defamation, and other personal injuries. VI. Of Prisons and Prisoners, generally; and the Ends of Imprisonment for Debt. VII. On the Inefficacy of partial Insolvent Acts and proposed Outlines of a more general Remedy, consistent with Public Justice, and Individual Right. Published by H.D. Symondss, Paternoster-Row: 1808, at page 17.)
I mention this HOBS as the follow up documentary to the recent Ray Gosling: Bankrupt has been aired. It mulls on a modern day equivalent of the anonymous barrister's contention. The third and final BBC Four documentary is entitled Ray Gosling: OAP. It contains the rest of his bankruptcy story, including the final settlement and annulment. The second documentary which also mulls of Mr Ray Gosling's bankruptcy (Ray Gosling: Pension Crisis) is also available on Iplayer.
Picture Credit: Muir Hunter Museum of Bankruptcy, KU.