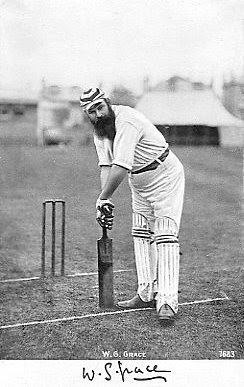 As the third Ashes Test bowls off today at Edgbaston I have been mulling on the relationship between cricket and bankruptcy. There are some connections. First, Sir Mackenzie Chalmers (1847–1927), the judge, civil servant and author, was in 1882, appointed as standing counsel to the Board of Trade. He worked on the reforming bill which became the Bankruptcy Act 1883. About this time he also wrote, inter alia, with E. Hough, The Bankruptcy Act 1883 (1884). His connection with cricket? He was a member of the Marylebone Cricket Club (MCC).
Sir Horatio Mann (1744–1814), was a politician and patron of cricket. His patronage of the game dominated his life according to his ODNB entry. He also played the game. His skills for Kent are recorded in the following lines:

"At last Sir Horace took the field,
A batter of great might,
Moved like a lion, he a while
Put Surrey in a fright.
(Haygarth, 1.10)"

Sir Horatio was a founder member of Marylebone Cricket Club. His connection to bankruptcy? His love of cricket led to his bankruptcy. His ODNB entry notes, "through his attempt to keep up with the expenditure of other cricket patrons such as the third duke of Dorset and the ninth earl of Winchilsea contributed to his eventual bankruptcy, in 1805..."
(John) Henry Iles (1871–1951), the brass-band promoter and entertainment entrepreneur, was a keen sportsman. He was an occasional member of the Gloucestershire County Cricket side in 1890–91. The ODNB reports that, "he was proud once to have bowled W. G. Grace (pictured) in a net practice." Bad investments in the British film industry in the later 1930s led to his bankruptcy in July 1938.
The final link? Your faithful correspondent plays for the third XI of Ham & Petersham Cricket Club, the finest amateur club in Surrey! Good luck England!
Picture Credit: http://cd7.e2bn.net/e2bn/leas/c99/schools/cd7/website/images/GraceWG.jpg