Recovery Editorial on RPBs by Chris Laughton - Turkeys Voting for Christmas? Or have we just witnessed the first salvo in the War of the Regulators? 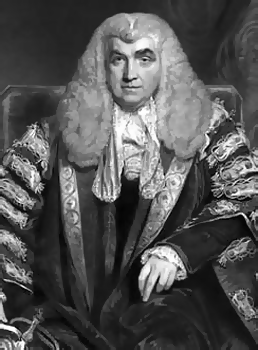 Something extraordinary has happened. Professor Prem Sikka (perhaps in league with Professor David Graham QC) has somehow managed to take over the writing hand (or typing fingers) of Mr Chris Laughton of Mercer & Hole. Either that, or Mr Austin Mitchell MP has crept into Mr Laughton's study and fired off an email purporting to be the latest editorial in Recovery, the magazine of R3, the Association of Business Recovery Professionals.
Of course neither of the above has occurred. I am of course jesting. For a start Professor Graham is in Philadelphia at the Jenkins Law Library and Mr Mitchell is too concerned with expenses and such like.
But what has happened is equally extraordinary. I have referred to the remuneration taboo on this blog before. I have also referred to the RPB taboo (where the negative comments of Professors Sikka and Graham in relation to RPBs can be read). This second issue is what makes up the subject matter of the latest editorial in Recovery and the extraordinary event to which I have referred. Mr Laughton is to be applauded for mentioning the elephant in the room, namely, the RPB taboo. It is the first instance that I can find of an Insolvency Practitioner (IP) critiquing the regulatory system. This is a brave move and Mr Laughton is bound to receive a hostile response to his critical evaluation of the current system. The next letters page of Recovery will make interesting reading. His comments are almost Leveler like in their strength. He notes, inter alia:

"Why do our (far too many) regulators not swiftly, efficiently and effectively stamp out behaviour among our number that is, or is perceived to be inappropriate?...Our regulatory system is lamentable, beset as it is by unfortunate accidents of history and institutional self-interest...At the same time we could introduce an infinitely more unified and respectable regulatory system."

Let us now examine these comments a bit more closely. First, this RPB delinquency sentiment is in contrast to the slightly more positive picture painted by the House of Commons' Business and Enterprise Select Committee in their recent report. Why is there such a disparity of thought between the Committee on the one hand an experienced practitioner on the other? In relation to the multiplicity of RPBs the Committee report observes at paragraph 50 that:

"More generally, some witnesses raised the unusual contrast between the relatively large number of licensing bodies, eight in total, against the comparatively small number of insolvency practitioners. Mr Speed explained that this was due to the way in which the regulation of the insolvency profession has evolved. He argued that the real issue was whether the regulation was consistent, which he believed it to be. This was supported by the Insolvency Practitioners Association who highlighted the Memorandum of Understanding entered between the Service and each of the RPBs, the bringing together of the various licensing bodies through the Joint Insolvency Committee which issues practice statements applying to all members of the profession, the process for inspecting and reporting upon the licensing bodies, and a 2006 study that revealed the licensing bodies were each exercising their disciplinary powers in a broadly comparable way."

Secondly, what is the motivation for this editorial? Is it disinterested critique of the regulatory system or are there other forces at play? Are r3 after some form of rationalisation of RPBs and other interested bodies? Or is this the first move in a longer term plan for the organisation itself (i.e. r3) to become an RPB? Is this the first salvo in the War of the (prospective and existing) Regulators? If the motivation is the former, some wags might point out that we already have an RPB with "association" in its name (the IPA) and that is sufficient, especially if r3 (through an editorial in their house magazine) are attempting to deploy arguments about duplication and such like. Some people might argue that this editorial sends out a message - i.e. that R3 might be mounting a takeover bid as a regulator instead of maintaining its position as a trade body. Whether or not R3 could do a better job of regulation than the RPBs is certainly up for debate as in a large number of cases a number of RPB personel have simply moved across to R3, e.g. Mr Nick O'Reilly (formerly at the IPA). They are in effect the same people within different organisations so why would they be any different?
If r3 does not harbour ambitions to become an RPB, are they instead more concerned with rationalisation of RPBs and associated bodies? In effect does this then mean that r3 have in effect called for the abolition of some RPBs and associated bodies. This could of course include themselves! Have they then called for their own abolition as part of this rationalisation and perfection process? Is this a case of turkeys voting for Christmas?
I was particularly interested to read Mr Laughton's comment on 19th century regulatory regimes as I have written at length on the Regency period in Insolvency Intelligence (see: one, two, three). Some parallels between that period and the present are quite remarkable. I do think however that we have moved on from the nefarious conduct of that period. Mr Stephen Speed could not now really decry the system as the Lord Eldon once did when he observed in 1801:

"the abuse of the bankrupt law is a disgrace to the country; and it would be better at once to repeal all the statutes than to suffer them to be applied to such purposes. There is no mercy to the estate. Nothing is less thought of than the object of the commission. As they are frequently conducted in the country, they are little more than stock in trade for the commissioners, the assignees, and the solicitor. Instead of solicitors attending to their duty as ministers of the Court for they are so, commissions of bankruptcy are treated as a matter of traffic: A, taking out the commission; B. and C. to be his commissioners. They are considered as stock in trade; and calculations are made, how many commissions can be brought into the partnership. Unless the court holds a strong hand over bankruptcy, particularly as administered in the country, it is itself accessory to as great a nuisance as any known in the land; and known to pass under the forms of its law."

Instead of the War of the Regulators this could of course be the start of the Battle of the Blogs as Mr Laughton maintains an insolvency blog which links off this blog. He may use that forum to respond to the points I have made here. For his blog see here.
Picture Credit: http://www.berkshirehistory.com/bios/images/jscott_eofe.gif