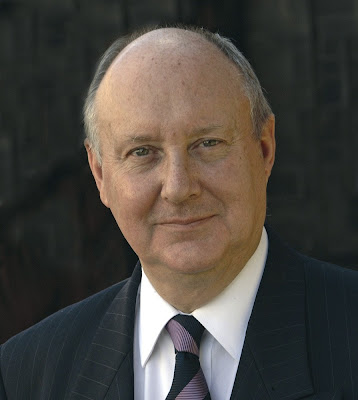 Following the recent blog entry on Dealing with Debt in Scotland and the comment that the entry attracted I thought it might be prudent to add up what Professor Sir Kenneth Calman's committee proposed in terms of corporate insolvency laws in the Calman Report on Devolution. The Calman Report recommends:

"RECOMMENDATION 5.23: The UK Insolvency Service, with appropriate input from

the relevant department(s) of the Scottish Government, should be made responsible

the border. This should be achieved by UK legislation."

Here is the meat of the discussion in the Calman report:

5.267 Company law is in general reserved, and the Scotland Act achieves this by reserving

“business associations” (which include partnerships as well as companies). But company

law interacts with other aspects of Scots law, including the procedures which are

followed by courts when winding up companies which are insolvent. The boundary

which is drawn in the Scotland Act between these two areas of law is quite complex,

because the law itself is inevitably complicated also. The Scotland Act (Schedule 5,

Part II, Section C2) reserves (in relation to business associations) “(a) the modes of,

and grounds for and the general legal effect of winding up, and the persons who may

in relation to proceedings for winding up, other than the power to sist proceedings, (d)

arrangements with creditors and (e) procedures giving protection from creditors”. But

it devolves “(a) the process of winding up, including the person having responsibility

for the conduct of a winding up or any part of it, and his conduct of it or of that part,

(b) the effect of winding up on diligence, and (c) avoidance and adjustment of prior

transactions on winding up” and “floating charges and receivers, except in relation

to preferential debts, regulation of insolvency practitioners and co-operation of

5.268 Essentially this means that the ways in which winding up can happen, and the grounds

for doing so, are reserved. This prevents there being different circumstances under

which winding up can happen in different parts of the UK. The reservation of the

rulings affecting insolvency. The “process of winding up” – which is devolved – refers

to procedural issues arising in practice (for example, who would need to be served with

information or documents about the case, and by what timescales, by various parties

5.269 The elements involved in this process have changed since the Scotland Act came into

force. Previously the winding-up process in Scotland could be seen as analogous to

the procedure used for (personal) bankruptcy. But changes to the administration

processes governing winding up depending on the jurisdiction under which that

5.270 Bankruptcy law in Scotland has a different history to the law in England and Wales and

in the exceptions made in Schedule 5).

5.271 It was suggested to the Commission that legislation relating to corporate insolvency

in Scotland has lagged behind that in England and Wales. The Scottish Government

provisions with the intention of making the Rules clearer, and that additional resources

have been made available by the Accountant in Bankruptcy. The Rules are also being

processes and ensuring consistency between insolvency procedures. A similar

modernisation project is being carried out for England by the Insolvency Service.

5.272 Notwithstanding moves by the Accountant in Bankruptcy to bring the law relating to

insolvency procedure in line with that of England and Wales, the Commission has heard

and the potential this allows for divergence in policy and practice. The Institute of

Chartered Accountants of Scotland (ICAS), for example, argues that this is unhelpful in a

field in which businesses operate across the UK, supported by lenders who also operate

5.273 Given that the Scotland Act 1998 reserved company law as a whole to the UK

Parliament, there is an argument that the current division of responsibility for liquidation

between the UK and Scottish Parliament should be ended.

5.274 On the other hand, some of the exceptions to the general reservation in the Scotland

England, not least because of the distinction between law and equity. This underlies

much of English law on securities, bankruptcy, receivership and winding up and does

the nature of the problem. In addition, the Scottish courts exercise a wide supervisory

jurisdiction in relation to liquidators, receivers, administrators and other aspects of

winding up. The procedures of the Scottish courts are, of course, a matter of Scots law.

5.275 The Commission is, however, persuaded that devolution has produced an unsatisfactory

state of affairs relating to corporate insolvency in that:

to be followed by insolvency practitioners dealing with corporate insolvencies;

• there are unnecessary and confusing divergences between the insolvency rules

applying in England and Scotland; and

5.276 Many corporate insolvencies involve companies operating on both sides of the border.

Clarity, consistency and speed are essential, particularly in the present economic and

financial climate. Whether or not, as some submissions have suggested, the necessary

expertise is lacking in Scotland (which the Commission is not in a position to judge), that

does not alter the importance of clarity, consistency and speed.

5.277 In the opinion of the Commission, the serious issues raised in connection with corporate

insolvency might be resolved without altering the reserved/devolved boundary in

Schedule 5 in relation to primary legislative competence. The essential point appears to

be that the UK Insolvency Service, with appropriate input from the relevant department(s)

of the Scottish Government, should be made responsible for laying down the rules

to be applied by insolvency practitioners on both sides of the Border. This could be

consent motion under the Sewel Convention.

5.278 If such a solution is not possible for technical reasons (or if, which the Commission hopes

would not be the case, the Scottish Government and Parliament were to withhold their

consent or cause unnecessary delays in agreeing a solution), then it would be necessary

for the UK Parliament to amend Section C2 of Schedule 5. Given the complexity of this

area of the law generally, and the terms of Section C2 in particular, the Commission is

not in a position to suggest the terms of an appropriate amendment, nor would it be

appropriate to do so. The Commission does, however, consider that this is a problem

which should now be resolved with the minimum of delay."

R3 have responded to the proposal in the positive. There seem to be some mixed messages coming from north of the border on this subject. The comment on the original blog post was:

"So on the 15th the Calman Comission proposes re-reserving insolvency matters to Westminster to eradicate the divergences, and eight days later, The Scottish Parliament proposes further divergences. Good to see they're all singing from the same hymn sheet North of the border."

Quite so, I can add nothing to this critical evaluation of these two recent corporate insolvency proposals.