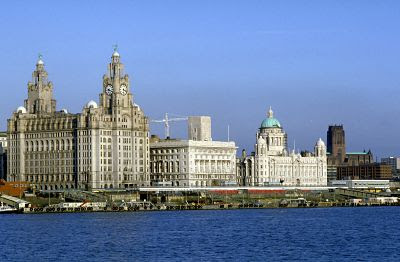 An interesting article has appeared in the Liverpool Daily Post that puts a local spin on the recent report by the House of Commons' Business and Enterprise Committee on the work of the Insolvency Service. The report is also of interest as it discusses the realisations and fees of a number of IPs. The report is written by Mr Barry Turnbull  who notes:

INSOLVENCY firms have never had it so good. The recession means that business is booming for the companies that are called in to sort out the affairs of failing or doomed enterprises.

But the avalanche of new business – insolvencies were up 43% in the first quarter – is also accompanied by calls for a tightening of the rules surrounding administrations.

Earlier this month, Parliament’s Business and Enterprise Select Committee attacked the potential abuse of pre-pack administrations, phoenix companies and the exorbitant fees charged by some practitioners.

A pre-pack deal allows troubled companies to be sold to the owners debt-free, straight after going into administration. Phoenix companies are those that also emerge from the ashes from a failing concern, with the same people involved and unsecured debts written off.

“A particular concern is that cosy arrangements are made which leave unsecured creditors in the dark and ultimately out of pocket.”

Some insolvency practitioners take a different view and argue that more jobs would be lost and businesses wound-up without being able to come to quick arrangements with existing management teams.

In Merseyside, there have been a number of insolvencies that have resulted in management resuming control while writing off much of the debt burden.

Cains pubs and brewery business collapsed into administration with debts of £50m and the solvent brewing part of the business was bought back by owners Sudarghara and Ajmail Dusanj for £103,000.

There are two other cases that share a number of similarities, including administrators, directors and the collapse of two famous Merseyside names that were subsequently rescued.

Owen Owen, owners of Lewis’s department store, went into administration and was later bought back by directors David Thompson and John Barker through a new company, Vergo Retail, leaving a trail of unsecured creditors out of pocket.

Ethel Austin was struggling with cashflow problems when its debts of £25m were bought for a reported £14m by a company called Project Steve Debtco – directors include David Thompson and Elaine McPherson.

One day after PSD took over, it called in the company debt and appointed administrators. To date, PSD has received £19.9m in preferential creditor payments. Unsecured creditors may get back £600,000 out of £6m owed.

Administrators in both cases were Philip Duffy and David Whitehouse, formerly of Kroll and now with Menzies Corporate Recovery, in Manchester. Both administrations have realised over £1m for each practice.

Business partners Thompson and McPherson earned £40m from the sale of the Mk One chain in 2004, and also bought Scottish homeware chain Au Naturale out of administration last year.

The task of Manchester-based Owen Owen administrators Kroll was to find a buyer for the business, and it was initially claimed that there were 70 expressions of interest for the stricken company, which traded from four stores, including Liverpool.

As the deadline for an agreement loomed, the interest failed to result in a sale, but, at the very last minute, former directors David Thompson and John Barker came forward with a bid for three stores via a new company called Vergo Retail.

The company had debts of £6.8m. Mr Thompson, as a secured creditor, received £4.8m – a shortfall of £1.5m – but he was able to buy back the business for £5.4m. Unsecured creditors were left £5m out of pocket. The administrators’ fees weighed in at £1.2m.

Mr Thompson argues that it was the only way to save the business after attempts to find a buyer failed. He said: “This wasn’t a pre-pack agreement. There was about three months between the administration and the purchase.

“And they are not necessarily bad things anyway, if jobs and business can be saved.

“The alternative in our case would have been closure, but instead we saved many jobs.

“I know some unsecured creditors will have lost out, but most were happy to resume doing business.”

Kroll’s fees of £1.26m were made up of 6,293 hours charged at an average rate of £163 an hour. Rates vary from a senior partner charging £385 an hour, to a junior support worker claiming £65 an hour. Some people would view such rates as being a little on the high side. The company said: “Our general approach to resourcing our assignments is to allocate staff with the skill and expertise to meet the specific requirements of the case.”

In another case, retailer Ethel Austin was about to fold when £25m of debts were bought by entrepreneur Elaine McPherson for a reported £14m via Project Steve Debtco. Immediately the company was placed in administration, enabling her company, PSD, to become senior creditor.

PSD demanded payment in full, a move which triggered the administration.

Executives associated with the group remain staggered by the turn of events to this day. They thought the takeover move was to effect a turnaround of the business, not to place it in administration.

More than 30 stores were closed and hundreds of jobs were lost. One source said: “Many jobs were lost, suppliers were out of pocket, but some people did very nicely out of the whole deal.

“The way these sort of things are carved up is nothing short of scandalous, there are too many times when buyers and administrators come to cosy arrangements to benefit each other.”

The administrators were Philip Duffy and David Whitehouse, the pair who were originally engaged on the Owen Owen administration, but who switched to Menzies Corporate Recovery during that period.

Mr Duffy said: “Ethel Austin was advertised for sale in the usual way and the highest bid was accepted. In terms of shareholders, there will be around £600,000 for distribution to unsecured creditors, representing around 10p in the pound, which is far higher than the usual rate of 2 or 3p.

“As far as fees are concerned, they do not come out of the creditors fund, but are usually through the banks.

“If you are talking about pre-packs, we supported new guidelines that were brought in at the start of the year, and reputable firms are happy to see rigorous regulation. It is those that are less reputable where you might find examples of sharp practice.”

Dominic Vincent, of corporate lawyers Mace & Jones, said it was essential administrations had clarity, but added: “I think it’s fair to say the insolvency practitioners are already pretty heavily regulated and fees are prescribed by the Insolvency Act.

“There is also guidance on pre-pack administrations and there should be widespread consultations in order to get the best result. It is a mater of how the regulations and guidelines are policed.”