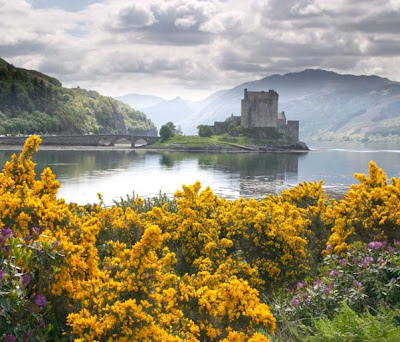 An interesting article by Mr Nick Robinson has appeared in the Scotsman entitled: "The bigger picture shows insolvency on the rise."Here is the text of the piece:

"How can we effectively quantify our experience in the present without an accurate memory and record of the past? Are we happier? Has society improved its ability to work towards the common good?
These are all themes explored in George Orwell's novel Nineteen Eighty-Four, and given the remarks made recently by Fergus Ewing, the minister for community safety, it would appear they are just as important today as they were when the book was first published in 1949.
Commenting on the latest quarterly insolvency figures from Accountant in Bankruptcy (AIB), Ewing said he was encouraged by the numbers, which showed a fall in the level of insolvencies from the preceding quarter. However, it appears the minister was not looking closely enough at the whole picture.
The AIB said there had been 5,693 individual insolvencies in Scotland in the fourth quarter of the 2008-9 tax year. It said this represented a decrease of 2 per cent on the previous quarter and an increase of 71 per cent on the same period last year. However, both of these percentages obscure the reality.
The AIB said 409 applications made during the quarter still had not been processed, while 482 applications had been rejected or returned. While the majority of the applications still to be dealt with will be successful, up to 891 applications may yet be added to the total for the fourth quarter of 2008-9. This would represent a rise of more than 13 per cent on the figures for the previous quarter and blow a hole clean through Ewing's optimism.
Ewing said the rise in personal insolvencies this year when compared with the previous year was a result of the introduction of the new Low Income Low Asset (Lila) route into bankruptcy. He said: "When we introduced Lila we anticipated a significant rise in bankruptcy numbers, particularly within the first year."
Lila legislation came in to force in April of last year and there was no doubt that it would create a jump in the level of insolvencies that were seen. However, the actual numbers that have materialised are a long way off the estimates that emanated from the Scottish Parliament.
Prior to introduction of the Lila rules, the AIB estimated there would be a few thousand Lila bankruptcies during the first year. By the time Lila was introduced, the estimate had risen to 5,000. Now that the AIB has released figures for the fourth quarter, the real number of Lila bankruptcies for the year can be pinpointed at 9,417, 88 per cent more than its estimate of just one year ago.
Further, the AIB expected that the numbers would peak early on following the introduction of the new legislation as the various advice agencies dealt with backlogs of cases which could not previously access bankruptcy. There is no sign of any slow down following such a peak and there may even be evidence of growing numbers.
At an estimated amount of debt written off per case of about £20,000, the annual cost to the economy of personal insolvency is approaching a staggering half a billion pounds. So when Ewing says the political classes anticipated the rise in insolvencies from Lila, one is forced to question just how clear their vision of the future was.
If Scotland is going to deal effectively with the levels of indebtedness that plague so many of its citizens and create a viable and worthwhile support framework to help those who are struggling, the first thing we must do is establish a clear and accurate record of the situation.
Trying to put a positive spin on things may create upbeat soundbites for political rhetoric, but it will do little to deal with the underlying problems or help us gauge how well policies are working to improve the situation over the coming months.
• Nick Robinson is chairman of Independent Insolvency Practitioners for Scotland, a company operated co-operatively by 25 independent insolvency firms in Scotland."