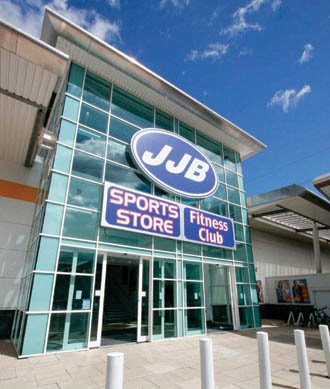 More comment of the JJB CVA has appeared in Legal Week. Here is the text of the piece:

In the same week that figures from the Insolvency Service revealed company administrations grew by more than 50% during the first three months of 2009 compared to the previous year, the rescue of troubled sports retailer JJB Sports offered a glimmer of hope for companies in difficulty.

The rescue saw Herbert Smith take the lead role for the stricken retailer, which secured a company voluntary arrangement (CVA) with its landlords. The agreement will see landlords of around 140 closed stores give up combined annual rental income of around £15m in return for a share of a £10m pot of money. Meanwhile, landlords of those stores remaining in operation have agreed to accept monthly rental payments instead of the large quarterly bills that have forced many retailers into collapse.

Admittedly, there is still a chance the deal could fall through but, given that more than 99% of the creditors approved the deal, the odds of failure look slim – leaving Herbert Smith in the position of succeeding where several other insolvency advisers have failed in recent years. Only a month ago, Walker Morris and Berwin Leighton Paisner attempted a similar arrangement for shoe store Stylo but landlords objected to the proposed rent reduction, leaving the company to fall into pre-pack administration and subsequent buyout.

A previous CVA agreed by electrical retailer Powerhouse also failed, with the deal struck down, the store collapsing and the matter ending in a 2007 High Court battle with landlords that generated roles for Lovells and Charles Russell. Had JJB’s creditors not been more open-minded, the store would have headed down the same path, with administration looking unavoidable. Instead, after some five months of negotiations on the part of Herbert Smith – which worked alongside JJB’s regular adviser Halliwells – the company will continue to operate, saving thousands of jobs.

The deal is significant for several reasons: not only is it one of only a small number of CVAs in the retail sector, it could also be the start of a trend for similar agreements, as creditors increasingly look at more creative ways of preserving companies, rather than letting them fall into administration. As one partner involved in the process said: “It is a great structure and will provide a good blueprint for listed companies looking to restructure without having to go into administration. It shows retailers and landlords can have constructive discussions and come to a mutually beneficial way forward.”

Despite the positives though, few predict the deal will lead to a surge in retailers or other companies actively pursuing CVAs – the fact that agreements needs to be consensual means that for larger companies, or those with a large number of creditors, it will be harder to negotiate. However, it is at least one more option on the table, which is good news both for  business and restructuring lawyers, particularly as some suggest the structure can offer greater opportunity for lawyers to get involved in negotiations. That said, the latest insolvency figures, which show nearly 5,000 corporate collapses in  and  in January to March 2009, demonstrate that restructuring lawyers are far from short of work."