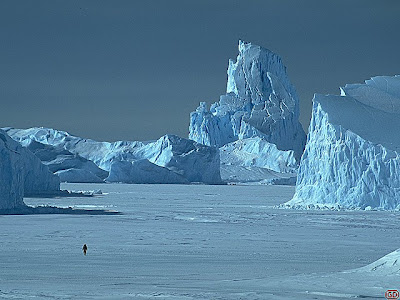 R3 have just put out a press release on the hidden debtors issue and debt management plans (DMPs). The release relates to the last blog entry but in the interests of completeness (and so that I could put up another ice-berg picture) I thought I would mention it. The release is also of interest though because it mentions the idea of "debt slavery", a method of debtor treatment that has not existed since the classical period, and because it highlights a slight change in tack by R3 on the expected use of DROs. Here is the text of the piece:

"One million people insolvent in the UK

Around 700,000 people are currently left off the official British insolvency figures, even though they are technically insolvent. Added to the official figures, this means the total of insolvent individuals in the UK is now approaching 1 million. These 700,000 ‘hidden debtors’ are the latest estimate from a YouGov survey, conducted in consultation with R3, of the number of individuals in Great Britain who are currently in a Debt Management Plan (DMP). The 700,000 DMPs dwarfs the combined total of those in an Individual Voluntary Arrangement (IVA) and declared bankruptcy which amounted to 190,000 by the end of 2008. The number of DMPs has also jumped an astonishing 17% in seven months (from August 2008 to February 2009).

“The official figures are only the tip of the iceberg in counting the UK’s insolvent individuals. If the government wants to take an accurate picture of our debt problem, DMPs should be included in the official figures,” said R3 President Peter Sargent.

DMPs are unofficial but formalised agreements with creditors who often prefer this route to formal insolvency procedures, even though such people are technically insolvent. DMPs may not always be the best deal for those in financial difficulty as unlike statutory procedures there is no debt forgiveness, no freeze on interest nor are DMPs binding on either creditor or debtor.

“We hear of people being strong-armed in DMPs when clearly an IVA or bankruptcy was in fact the right solution. Sometimes people will then end up in a formal insolvency procedure anyway. While DMPs are appropriate in certain cases, they are not the only option and they come with strings attached, the most troubling being the length of the plan; effectively ‘debt slavery’.

“The latest statutory measure, Debt Relief Orders (DROs) introduced in April will only take a tiny percentage of this group into formal insolvency procedures. DROs are targeted at those with low income and very low assets only,” concluded Peter Sargent."

The key difference with this press release and my last blog entry on the hidden debtor issue (other than the fact that R3 have spelt their president's name correctly when the Sunday Times did not) is that DROs have been mentioned by Mr Sargent. His message of "tiny percentage" uptake seems however to be at odds with a previous R3 press statement about DRO usage, i.e. that the effect of DROs has been underestimated and that use would skyrocket (admittedly this was a pronouncement by the former president, Mr Nick O'Reilly) and with the current Scottish experience of LILAs. If use of DROs is going to increase redress to formal personal insolvency provisions (as R3 have suggested), but this increase is not going to be made up of the sort of people who are in a DMP (as R3 have suggested), who then is going to fuel DRO use? Some research on DRO usage is in order! As it is far to soon to do this perhaps it would be expedient for R3 to investigate who is using LILAs and to what extent these people might also have used DMPs.