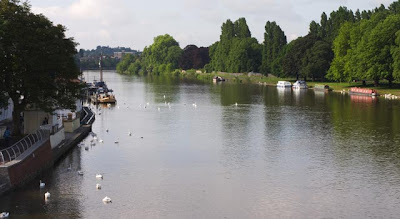 The case of Ex parte the Official Receiver v The Official Assignee of Bombay, In Re Temple [1947] Ch. 345, is of interest to Kingstonians and insolvency scholars with an interest in early comparative issues. Here is a flavour of the facts:

"The debtor Lieutenant-Colonel R. D. Temple was adjudicated bankrupt on March 2, 1927, in Kingston county court. He had not obtained his discharge in that bankruptcy and his creditors in this country were still unsatisfied. On August 25, 1942, he was adjudicated insolvent in the High Court of Justice, Bombay, the respondent, the Official Assignee of Bombay, being appointed his trustee in that insolvency. On November 20, 1945, the bankrupt was discharged from the Indian insolvency.

On September 10, 1943, the bankrupt's mother died and he became entitled under her will to certain chattels and shares. In 1944 the net proceeds of sale of these assets, amounting to 1,969l. 15s. 1d., were paid by her executors to the appellant, the Official Receiver, as the trustee in bankruptcy under the English bankruptcy. He applied to the Kingston county court for directions as to how he should deal with this sum, asking (inter alia) whether it was divisible amongst the English creditors, or was to be transferred to the respondent, the Official Assignee of Bombay. The learned county court judge held that it was payable to the respondent. The Official Receiver appealed."