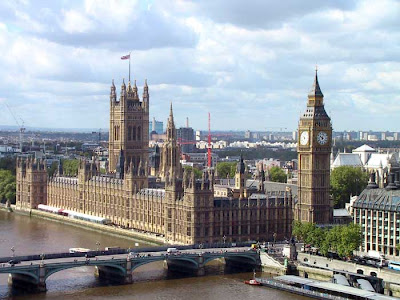 A number of newspaper stories have appeared in the broadsheets (reproduced below) following the publication of a report by the House of Commons' Business and Enterprise Committee on the work of the Insolvency Service. A PDF copy of the report can be viewed here. The stories tend to focus on pre-packs and problems surrounding creditor outcome. The report itself makes very interesting reading. The main findings note:
In relation to the report The Times notes:

"MPs to seek curbs on £1 bankruptcy deals - Administration deals that leave creditors with nothing are damaging confidence in the insolvency regime, a report claimsMPs will call today for tighter scrutiny of bankruptcy deals that leave creditors with nothing. They are targeting “phoenix”insolvencies, in which the former owners of bankrupt companies buy them back for £1, wiping out creditors in the process.
A report by the Business and Enterprise Committee says that the entire “pre-packaged” administration rules, which allow advisers quickly to put a company into administration, wipe out its debts then immediately sell it on, are damaging confidence in Britain's insolvency regime.
One recent high-profile example is the Goldman Sachs-backed retailer MFI, which was sold to its management for £1 last year, then went bust again months later, leaving creditors out of pocket.
Peter Luff, the Conservative MP who chairs the committee, said: “We need a regime that stops the abuse of pre-pack administrations, protects creditors from unduly high fees from insolvency practitioners and in which those who try to cheat the system know that they will be found out."
MPs said that, on average, unsecured creditors such as customers, suppliers and shareholders recovered only 1 per cent of their debts during a pre-pack administration, against 3 per cent in a private business sale.
The number of directors banned by the Insolvency Service for improperly creating “phoenix” companies rose by 67 per cent last year over the previous 12 months.
The Government introduced a new, more transparent regime for phoenix deals in January, but the committee is warning: “If this does not prove effective, then it will be necessary to take more radical action, possibly by giving stronger powers to creditors or the court."
Stephen Speed, chief executive of the Insolvency Service, said: “We will continue to monitor any evidence of abuse of the system and will work with the Department for Business to assess whether there is a need for further action.”
But any change would face opposition from insolvency experts. Peter Sargent, president of R3, the trade body, said: “As yet, there has been no evidence of any systematic abuse of pre-packs and there areclear benefits in pre-packs for saving jobs.”
Mike Jervis, restructuring partner at PricewaterhouseCoopers, said: “The changes introduced in January were long overdue and had we done that earlier the issue of transparency would not now be viewed so critically.”