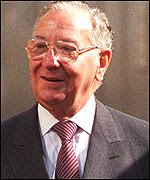 An interesting article appeared in yesterday's Times regarding fraud and insolvency. The piece was entitled, "Fraud tempts more directors of insolvent companies" Here is the story:

"The number of directors of insolvent companies disqualified for financial crime is soaring as the recession takes hold, according to government figures.

Research released by Wedlake Bell, the law firm, based on figures from the Insolvency Service, shows a 72 per cent increase in the year to the end of March in director disqualification at insolvent companies where directors have been implicated in fraud and other financial crime.

The directors of 91 companies were banned for financial crime over the year as more directors turned to fraud to try to salvage something for themselves from ailing companies.

Edward Starling, a partner at Wedlake Bell, said: “We are starting to see an increase in fraud and I expect to see much more of it. It is well known that fraud follows a recession and it will take years for this to work through. Without a doubt, this is going to get worse because there is a long delay between when companies go down and these things are discovered."

The Insolvency Service figures also indicate that there was a huge rise in accounting failures at insolvent companies, which were up 44 per cent to 232 cases in the year to April. “It's not unusual for directors to inadvertently allow their business's accounting obligations to fall behind, but breaching the rules is very easy and they must be diligent with their accounting as such failures carry an increased risk of disqualification,” Mr Starling said.

He added that anecdotal evidence suggested that fraud was a particular problem in the construction industry, which has been hit by plummeting property prices.

Wedlake Bell said that there had been a 42 per cent increase in the number of insolvent companies whose directors were banned for making a non-commercial transaction while the company was insolvent — such as transferring funds to a family member.

In all 67 per cent more company directors were banned for creating phoenix companies, where the assets of an insolvent company are transferred to a newly created business, leaving the liabilities behind and cheating creditors out of funds.

Wedlake Bell's research showed that there was an increase of 31 per cent in the number of companies where directors have been disqualified in the year to the end of March.

Company insolvencies are themselves soaring. Figures released by the Insolvency Service on Friday showed that corporate insolvencies rose to 4,941 in the first quarter of 2009 — up 56 per cent on last year and 7.1 per cent on the previous quarter.

Construction companies were badly hit, with collapses rising by 50 per cent. Manufacturing, which provides a high proportion of total insolvencies, suffered a 23 per cent rise in the last quarter."