Celebrity Chef Declares himself bankrupt with debts of 1.1million 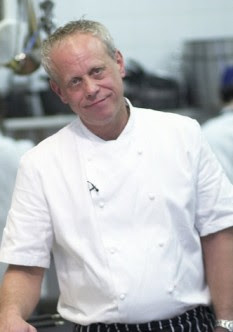 The BBC are reporting that the celebrity Chef, Mr John Burton Race has declared himself bankrupt. He makes food at The New Angel. We therefore have another addition to the Famous Bankrupts List. Here is the text of the BBC story:

His estranged-wife shut their restaurant, the New Angel in Dartmouth, Devon, in 2007 while he was filming a reality TV show in Australia.

Mr Burton Race, 52, later sold the restaurant to a friend who currently employs him as head chef.

The Insolvency Service said Mr Burton Race declared himself bankrupt at Torquay County Court in March. His agent has yet to comment.

The bankruptcy order granted at the court means Mr Burton Race's assets are frozen and creditors will have to apply to an insolvency practitioner to be paid.

Mr Burton Race has appeared on a number of television programmes including Britain's Best Dish.

In 2004 he moved to Devon with his family and their adventures in setting up a restaurant were documented by Channel 4 in Return of the Chef."