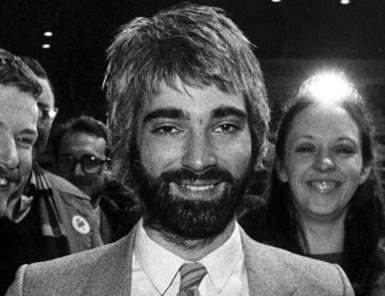 I am writing to let you know that the Chancellor of the Exchequer made an announcement during the Budget speech today which relates to possible changes to corporate insolvency law. We intend to issue a consultation in June, and will send you a copy of that when it is issued so that you can put in views.

The background is that the Insolvency Service has been working hard to ensure that the insolvency regime not only remains fit for purpose but maintains its reputation worldwide for fairness and for striking the right balance between the interests of debtors and creditors.  Recent surveys show that the insolvency regime is highly regarded and that it has proved effective in delivering results both for creditors in terms of speed and amounts recovered, and for debtors in reducing stigma and encouraging financial rehabilitation.

Recent innovations have included the introduction on 6 April 2009 of Debt Relief Orders, a major new debt solution aimed at those who were unable to afford access to bankruptcy or Individual Voluntary Arrangements.  Changes have been made to rules on advertising, allowing greater discretion to insolvency office-holders to advertise only when there is a real purpose and benefit to doing so, and allowing them to choose the most effective medium in which to advertise insolvency events.  Work is also currently underway to effect a significant modernisation of the processes underlying the insolvency regime, including greater use of electronic communications.

The regime is being tested by the current economic downturn and we believe it is working well.  However we want to consult on whether some targeted changes to corporate insolvency law could improve the rescue culture even further, thus saving jobs and providing better returns to creditors.

The Chancellor of the Exchequer announced today during the Budget speech that The Insolvency Service will start a consultation exercise in June. This will propose changes aimed at giving struggling large and medium sized companies a breathing space while they seek to reach legally binding agreements with their creditors, without first having to place their companies into administration.

Small companies facing financial difficulty are currently able to obtain a moratorium on creditor action while seeking agreement with their creditors to deal with their debts.  While an agreement is being pursued, the existing management stays in place.  The proposals would give viable large and medium sized companies the same opportunity for a moratorium while trying to come to an agreement with creditors.

The Insolvency Service will also consult on changes that would help give all companies access to additional funds to get back on their feet. Under the proposals new money lent to companies in Company Voluntary Arrangements or administration would be given priority. This could make it more attractive to lend to such companies allowing them to access extra funding when they need it most.

The overall aim of these proposed measures is to ensure that company rescues are encouraged to take place whenever they are appropriate and that the knock-on effects of company insolvencies on their creditors are minimised.

The Chancellor also announced that The Insolvency Service will be publishing this summer the first of a series of regular reports on its monitoring of the operation of pre-pack sales.  The Statement of Insolvency Practice 16 issued earlier this year requires administrators to provide creditors with detailed reports explaining their decisions for a pre-pack administration as soon as they are appointed. Scrutiny of these reports by The Insolvency Service is designed to ensure that creditors are not being treated unfairly through the abuse of pre-pack sales.

1.  Small companies are defined by section 382 of the Companies Act 2006 as follows:

Turnover: not more than £6.5 million

Number of employees: not more than 50

Medium sized companies are defined by section 465 of that Act as follows:

Turnover: not more than £25.9 million

Number of employees: not more than 250

Large sized companies are any which exceed the conditions set out for a medium sized company in the Companies Act 2006.

3.  The Insolvency Service administers the insolvency regime investigating all compulsory liquidations and individual insolvencies (bankruptcies) through the official receiver to establish why they became insolvent. The Service also authorises and regulates the insolvency profession; deals with disqualification of directors in corporate failures; assesses and pays statutory entitlement to redundancy payments when an employer cannot or will not pay employees; provides banking and investment services for bankruptcy and liquidation estate funds; advises Ministers and other Government Departments on insolvency law and practice; and carries out confidential enquiries on behalf of the Secretary of State for Business, Enterprise & Regulatory Reform through the Companies Investigation Branch.

4.  Further information regarding the Budget announcement can be found at http://www.hm-treasury.gov.uk in the Budget Report 2009 (pages 75-76).

5. Further information about the work of The Insolvency Service is available from http://www.insolvency.gov.uk"

This is what Mr Darling (pictured above) writes in his full Budget Report in relation to the above:

"4.17 The Government will work to ensure that the regulations and procedures for dealing

with troubled companies work to facilitate company rescues whenever they are appropriate,

that the maximum economic value is rescued from companies that get into difficulties, and

that the knock-on effects of company insolvencies on their creditors are minimised. Budget

2009 announces that the Insolvency Service will consult on:

•• providing for new funding lent to companies in Company Voluntary

Arrangement (CVA) or administration to have absolute priority status, to

allow firms in difficulties to access the funding they need to get back on track;

•• extending the moratorium on creditor action against small companies trying

to agree a Company Voluntary Arrangement to medium and large companies,

so giving them breathing space to try to reach agreement with creditors. [sounds familiar!!]

4.18 prevent creditors from being treated unfairly through abuse of pre-pack sales, the

reports on an annual basis."