Scottish personal insolvency figures through the roof - a sign of things to come with DROs? 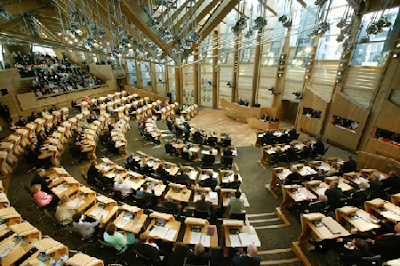 The BBC are reporting a dramatic increase in personal insolvency numbers in Scotland. Could this be a sign of things to come south of the border following the introduction of Debt Relief Orders (DROs) on the 6th April in England and Wales? The Accountant in Bankruptcy (AiB) statistics can be viewed here. Here is the BBC story:

"The number of bankruptcies declared in Scotland since the start of 2009 has increased 158% compared with the same time last year, figures reveal.

But statistics from the Accountant in Bankruptcy also show an improvement on the previous quarter of the financial year, with 6% fewer declarations.

The AiB said new laws making it easier for people with low income to apply for bankruptcy had contributed to the leap.

A total of 231 Scottish firms also became insolvent in the fourth quarter.

There were 3,722 awards of bankruptcy between the start of the year and the end of March.

The agency said the new Low Income, Low Asset (LILA) route into bankruptcy, introduced on 1 April 2008, accounted for 2,284 of these cases.

The LILA route means that individuals can apply for bankruptcy status without proving apparent insolvency - for example, showing that legal steps were being taken against them to retrieve money owed - or having creditor concurrence.

The AiB said in the fourth quarter of the 2008 financial year, 5,693 individual insolvencies also took place in Scotland.

This represents an increase of 71% compared with the same time last year, but a 2% decrease on the third quarter figure.

In all, 1,971 Protected Trust Deeds (PTDS) - a voluntary repayment agreement when debtors pass their estate to insolvency practitioners and negotiated repayments are made with creditors - were also granted.