Groundbreaking CVA at JJB facilitated by KPMG - the first listed company to go through the procedure? 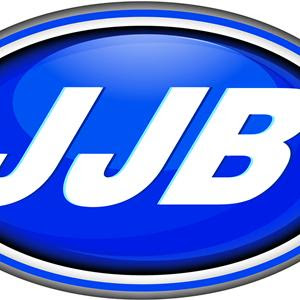 Following my recent posts on CVAs and related articles (one and two), as well as the recent Insolvency Service CVA reform proposals, it is interesting to note that JJB Sports has managed to agree a CVA with its creditors. A number of news agencies are reporting on the issue. Here is the BBC's take on things:

"Troubled retailer JJB Sports has secured a vital deal that could save it from administration.

JJB's landlords and creditors have voted for a company voluntary agreement (CVA) that could secure the company's future, along with almost 12,000 jobs.

The deal could settle debts on 140 closed stores and allow the retailer to pay monthly, instead of quarterly, rent on its remaining 250 stores.

JJB has struggled to survive as sales have slumped during the recession.

"We are delighted by the result of the meetings and the overwhelming support given to the company by our creditors, with every creditor present at the meeting supporting us," said Sir David Jones, executive chairman of JJB.

"The approval of the CVA proposal by creditors is a major step forward in... [securing] JJB's long term future," he added.

The CVA will now be lodged with the courts and, if there is no successful challenge, is expected to become effective at the end of May.

The agreement means that JJB will not have to repay much of the debt owed on its closed stores.

It also means that rent becomes due monthly instead of quarterly, which will help the company's cashflow.

JJB had already been granted an extension on loan repayments by its creditors but a longer term solution was needed in order to save the company.

Faced with losing most of their money if JJB went into administration, creditors had little choice but to agree to the deal.

They include Barclays, HBOS and Kaupthing banks.

"Today's CVA agreement is ground-breaking and shows that an innovative approach to tackling the problems faced by many companies in the harsh economic climate can ensure the company continues to trade," said Richard Fleming at KPMG.

The company placed two of its subsidiaries - Original Shoe Company and Qube - into administration earlier this year and was forced to sell its gym business in March in order to raise cash."