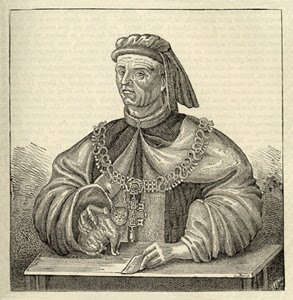 Professor David Graham QC first encountered the area of fraudulent conveyances when he was asked as a pupil, of the late Professor Muir Hunter QC, to research the origins of the Elizabethan statute of 1571. He was working on the Eicholz case. Eicholz was a solicitor; it was discovered after his death that he had been misappropriating clients funds to a substantial amount which had to be reimbursed by the Law Society’s compensation fund. The trustee in bankruptcy successfully recovered a house given by the debtor to his mistress and other assets.

Relying on a well-known treatise, Kerr on Fraud and Mistake, David’s researches unearthed no more than a limited amount of historical material. Fifty years later David realises how inadequate his original contribution to the subject was and at long last is in a position to shed much more light on the subject.

Long before the reign of Elizabeth I the common law was familiar with issues relating to the transfer of land, chattels and other assets made in fraud of creditors. The standard work on the subject is Professor Glenn’s treatise (Glenn, G. Fraudulent Conveyances and Preferences. Rev. ed. Buffalo, N.Y.: W.S. Hein. 2001 (reprint)). This American scholar had first embarked on the subject with several articles in the Columbia Law Review, just before the first world war. Professor Graham has now also come across Roberts (Roberts, W. A Treatise on the Construction of the Statutes 13 Eliz. c.5 and 27 Eliz. c.4 relating to Voluntary and Fraudulent Conveyances, and on the nature and force of different considerations to support deeds and other legal instruments, in the common law and equity. Fred B. Rothman & Co, Littleton, Colorado, 1979 (reprint)). An edition of this work appeared in the United States in 1825 and provides the reader with contemporary transatlantic material.

Shortly after the black death, in 1350, Parliament enacted legislation to deal with the situation where an insolvent debtor, anxious to avoid execution by seeking refuge in a religious sanctuary, conveyed property to another in trust. At least two subsequent statutes, the last at the beginning of the reign of Henry VII,  also addressed this mischief.

It is also probable, judging by the texts recorded in the Liber Albus, prepared in about 1420 by Sir Richard Whittington’s (pictured) legal advisor, that similar ordinances had been known in the City of London since the time of the Jewish bankers during the thirteenth century. Several other medieval statutes were designed to recover misappropriations of Crown funds collected by public officials.

Several cases reported by Dyer in his reports refer to the pre-1571 legislation. It is extremely probable that Dyer, a distinguished member of the Middle Temple, was responsible for drafting the fraudulent conveyance statute of that year as well as the pivotal bankruptcy statute at the time. In the same session of Parliament there was also a separate statute designed to set aside transactions by persecuted Catholics who had fled abroad leaving behind unpaid penalties to the Crown, often transferring assets to be held in trust by reliable friends.

Professor Graham is hoping, whilst working in the Jenkins Law Library in Philadelphia in the next few weeks, to look at the Roman law background to the subject, in particular to the use of the actio pauliano. To what extent English medieval practitioners probably trained at Oxford or Cambridge, were aware of this civil remedy is something to be pursued. Further research will also look into the Scottish experience, particularly to the early editions of Bell’s Commentaries. Finally, in this respect David hopes to look at the situation in other parallel jurisdictions, but in particular, in Jewish law.