Football Insolvency - is the ten point penalty contrary to the Rescue Culture? 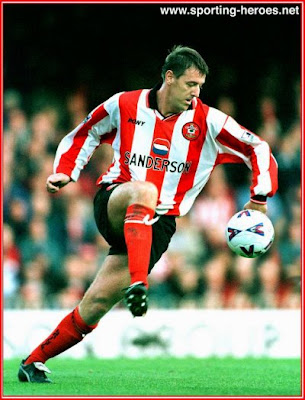 The problems currently being experienced at Southampton Football Club (SFC) highlight the vexed issues that can be experienced by this unique type of business, especially in the context of an insolvent environment. I have addressed the problems with the Football League's Insolvency Policy before and in particular the problems with the ten point penalty (25 points has been mooted) before in the context of CVAs. But we can also address it here in the context of administration as well as the issue of separate corporate personality that has arisen in the SFC case. Against the continuing economic downturn this issue is of course bound to effect other football clubs.
It is a strange anomaly that the Football League may dock SFC ten points on Tuesday this week for going into administration, a supposed rescue remedy. For two competing arguments regarding the docking of points see here. The Football League's Insolvency Policy is particularly difficult to track down, even on the web. This is not a good thing for transparency and further clouds the issue. It is hoped that in the current environment they will make this information more readily available.
If administration is supposed to facilitate a rescue culture, whereby SFC can be rescued following an appropriate restructuring, how does the docking of ten points help this rescue focused outcome? If we put the (football) boot (sorry!) on the other foot, we can perhaps sympathise with the competitors of SFC. They (the competitors) have managed to control their resources within the bounds of their finances and have not had to seek redress to the protection of an insolvency mechanism and the moratorium that comes with the procedure(s). How does this 'punishment' element, i.e. for getting the protection of an insolvency moratorium you should in someway suffer a sanction, tally with the rescue culture aim of the Legislature? The answer has to be that the two aims do not tally.
Let us now put the boot on the Football League's foot. They may feel as a reason of policy that to encourage prudent financial activity, all insolvency procedures (inspite of the Legislature's intention) should attract a ten point deduction penalty. The Football League has indicated the sanction is:  “not intended as a punishment but rather as an attempt to balance the competitive advantage clubs receive by ridding themselves of debt…This sanction, which is fully supported by our member clubs, is designed to have a deterrent effect and to make directors more accountable to supporters for the way they run their clubs."
This docking of points/punishment issue is indeed a quandary which requires further thought on behalf of the policy makers at both the Football League (as will occur on Tuesday of this week) and the Insolvency Service. Is it time for the introduction of a specific tailored insolvency solution just for sports businesses as there is with banks? Commentators on the area of football insolvency, such as Dr John Beech of Coventry University may have a view.
Another interesting point comes out of the SFC affair, namely that of separate corporate personality. It is Southampton Leisure Holdings (SLH) which has gone into administration. This is the SFC parent company, a separate legal jurisitc person to SLH. Your faithful blogger is not familiar with the group structure being employed at the club, but it will be interesting to see how the Football League's Insolvency Policy can be deployed in an intra-group context whilst paying heed to judgments such as: Ord, Creasy, Adams, DHN, etc, which of course go right back to that case which borders on religious, namely Salomon v. Salomon [1897] AC 22. As the Daily Telegraph notes, "The Football League rules state that it is the club rather than the holding company which must go into administration to incur a penalty. The Football League will discuss this issue at a board meeting on Tuesday."  It has also been reported that a number of other football clubs will litigate if the ten point penalty is not incurred on SFC, as opposed to SLH which is in administration. All is fair in love and football!  Yesterday's match result will  not have helped matters!
Picture Credit: http://ingar.blogg.no/images/matthew_le_tissier_1156995071.png - Mr Matthew Le Tissier of Southampton Football Club.