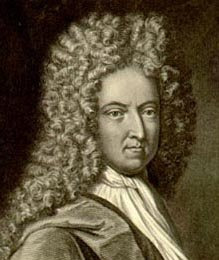 Chief Registrar Stephen Baister’s recent judgment in Official Receiver v. Southey [2009] BPIR, 89 (the Southey case), puts one in mind of the myriad of famous people who have passed through the singular legal procedure that is bankruptcy. The Southey case concerned Mr Alaistar Southey, an actor, who has appeared in numerous television programmes such as: Casualty, Holby City, Hollyoaks, Bad Girls and Coupling. The Chief Registrar was asked to decide whether or not Mr Southey should be subject to a Bankruptcy Restrictions Order (BRO) as a result of conduct that the Official Receiver (deputy Official Receiver Mr Mark Evans) contended was irresponsible, namely, taking on excessive credit immediately prior to the bankruptcy order which, “the bankrupt had no reasonable expectation of being able to repay.” This is of course contrary to Schedule 4A of the Insolvency Act 1986 (IA86) and in particular paragraph 2(2). In a long and considered judgment (too big to be adequately discussed in this short blog entry) the learned judge held: “I conclude plainly there was a chance of repayment, although I do not think I could go so far as to say there was a likelihood. However, the definition puts the terms in the alternative, so it would appear that ‘chance’ suffices.” (at paragraph 33) and that, “it is plain that the respondent’s other hopes or prospects of work were real and not just pie in the sky.” (at paragraph 23). The application for a BRO was accordingly dismissed.
The Southey case raises a number of interesting issues in relation to BROs and also the consequences of bankruptcy for famous, infamous and everyday folk. In relation to the first category, the following have variously been cited as individuals who have been through the bankruptcy procedure in either England and Wales or abroad; in light of the above one is tempted to say, at Home or Away:
Mr Southey (and others) are certainly in famous company. I will update this list (in this blog entry) as and when I get more definitive confirmation and authority for the above and as new names appear.
Picture Credit:http://www2.warwick.ac.uk/fac/arts/ren/elizabethan_jacobean_drama/test/daniel-defoe.jpg