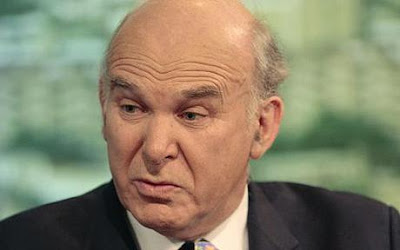 Dr Vince Cable MP  (pictured) the Liberal Democrat Shadow Chancellor of the Exchequer and general all round economics spokesman for the party has spoken out about the personal side of our subject. Comments in today's Law Society Gazette are rather critical, particularly in relation to insolvency lawyers and the bankruptcy regime generally. Here is the text of the short article. I have annotated the same with some observations IN BOLD and in [square brackets]:

"Liberal Democrat Treasury spokesman Vince Cable...has urged restraint in bringing bankruptcy proceedings, saying the process is too ‘cumbersome and costly,’ which allows lawyers to make ‘easy money’. [Does he mean lawyers or Insolvency Practitioners (IPs) and what is his authority for this proposition?]

In an interview for the Law Society’s Property in Practice magazine, Cable said that more protections need to be built in to allow debtors to pay their bills without recourse to the court. [Has he heard of the new Debt Relief Order (DRO)?]

He said it makes no sense for people who are solvent to be ‘hounded into bankruptcy.’

‘I’ve had constituents who’ve lost a fortune as a result of being forced into bankruptcy. They’re very happy to pay the bills, but once they’re trapped in a trustee arrangement it’s very complicated and costly. And a lot of people in the legal profession make easy money out of these activities.’ [Evidence please? It is easy to fire cheap shots but where is your evidence for this proposition Dr Cable?]

Dylan Quail, a partner in the corporate recovery and insolvency department at regional firm Pannone, challenged Cable’s comments, saying: ‘At the moment it’s easy to criticise insolvency practitioners because everyone is feeling the pinch, but there are very few jobs that are complex enough to generate massive fees; you are usually looking at fairly modest amounts.’

The full interview with Cable will appear in the June edition of Property in Practice."