Directors' Disqualification numbers up to a record 1,252 high in 2008 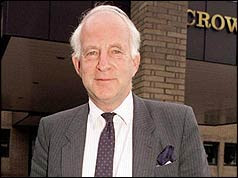 A story in yesterday's Times makes interesting reading, particularly if you are a naughty director. The story notes:

"A record 1,252 company bosses were disqualified from acting as directors in the last financial year in a sign that the Government is toughening its stance towards individual business executives.

The number of directors disqualified was up 9 per cent from 1,145 in the previous financial year, according to figures from the Insolvency Service.

The average length of disqualification also reached a record level, rising 12 per cent to 6.5 years in 2008-09.

Disqualification orders, which are made against directors of insolvent companies, ban individuals from serving as directors or taking part in the creation or promotion of a limited company for up to 15 years

Directors can be disqualified for a range of misconduct including failing to keep correct accounting records or failing to file accounts on time, in addition to criminal matters such as theft and fraud relating to the period before a business collapsed.

Jonathan Davies, a partner at Reynolds Porter Chamberlain, the law firm, said: “The figures show that the Government is intensifying its efforts to deter bad behaviour by company directors by seeking more and longer disqualifications”.

Of the 1,252 directors barred last year, 203 were disqualified for 10 or more years. All are entered on a public registry that can be searched freely on the Insolvency Service’s website.

Disqualified directors can also face up to two years in jail if they fail to pay a charge imposed by the Department of Business, Enterprise and Regulatory Reform (BERR) for its costs incurred in bringing the disqualification proceedings.

BERR is the only body able to bring disqualification proceedings, which must be approved by a court.

One of the jobs of the administrator to a failed company is to examine the actions of its directors and make a formal report to BERR saying whether they believe the directors acted appropriately.

Mr Davies said: “The recession is going to prove an additional challenge. As the number of corporate insolvencies rises sharply, administrative receivers are going to turn the spotlight on more and more directors, questioning whether they fulfilled all their obligations before their company became insolvent.”

Disqualified individuals can still go into business as sole traders but they are not entitled to set up limited companies so will will have unlimited liability for the losses of that business."