Darwinism and Insolvency - natural selection of the fittest businesses? 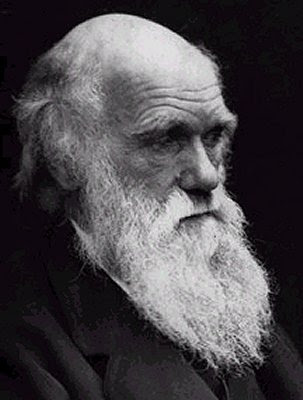 This year marks Mr. Charles Darwin FRS's 200th birthday. It is perhaps appropriate therefore to see how we might use or adapt his famous natural selection theory of evolution in the context of insolvency and specifically as regards corporate insolvency. First, a little background will be given to the theory. I will then attempt to apply the ideas to the corporate insolvency environment. For reasons of clarity I will use business to refer to the economic activity that is undertaken generally using a company form. The company form as a legal structure and as a term of art will therefore not be used despite the shape of Schedule B1 of the Insolvency Act 1986 (IA86).
Natural Selection
Darwin's 6th edition of: The Origin of Species by Means of Natural Selection, or the Preservation of Favoured Races in the Struggle for Life (John Murray, London. 6th ed) was published in 1862, the first edition coming out in 1859. Briefly stated (within this blog's stated aim of short entries and as no evolutionary biologist!) the natural selection thesis has four main parts (change, branching, slowness, natural selection). We are of course slightly changing the emphasis of this cornerstone of biology in this entry and focusing on one particular part of the general theory, i.e we are not engaging here with phenotypes, genotypes or any other biological element of the theory. We will restrict ourselves to the fourth part, namely, natural selection, the effect of which can be summarised as: "a "struggle" (metaphorically) to survive... in which only a few individuals succeed..." It is the corporate survivors of this struggle, perhaps the more commonly known idea of the 'survival of the fittest' (businesses) that we are concerned with here.
In the insolvency context
The recent calls by both the Conservative Party and the Institute of Directors to introduce elements of Chapter 11 bankruptcy have been supported in both cases by a desire to ensure the continued employment of workers at purportedly failing companies. Both bodies seem to forget that one of the essential requirements that is needed for a business to survive is economic viability. If a business is not functioning properly, perhaps, inter alia, because its wage bill is too high (see the football clubs in this regard) then, being awfully brutal, these useless appendages (the employees) must be cut away. They are no longer essential to the business so must go, or if they do not, the business itself will be considered as an inefficient aberration which will itself fall by the wayside. It will not survive the struggle.
The so called wall of liquidity that existed before the credit crunch went some way to disguise many non-viable entities, e.g. Woolworths. With the reduction in funding what we are seeing now is the difference between viable businesses on the one hand and those (car manufacturing for example) on the other than are simply not viable. For the later species of businesses is it not now an ideal time for them to focus on realigning their objectives in the long term, as indeed s.172(1) (a) of the Companies Act 2006 (CA06) requires them to do. If we take car manufacturers as an example we could argue that they should re-focus on electric cars bearing in mind the current environmental zeitgeist and statutory duty under s.172 CA06. This would undoubtedly lead to jobs cuts and a rationalistion, but a leaner, better positioned entity will survive. The alternative state remedies that have been mooted here and abroad are in the long run as untenable as the wall of liquidity has shown itself to be. To take the Darwinian metaphor to its logical conclusion, sadly, or perhaps not, only the fittest businesses will survive.
The major rebuttal to this whole entry is of course that in some contexts it is not politically expedient to let some businesses fail (hence the Conservative Party's reform suggestion). Whether political considerations and expediency should usurp the natural flow of business viability and survival is for another place. But what makes good long term policy construction? Political expediency or rational considerations regarding viability?
Picture Credit: Charles Darwin (12 February 1809 – 19 April 1882)

Anonymous said…
I wonder whether a lot of 'non-viable' businesses were encouraged by over-lending with the tacit support of the treasury and government precisely because they kept unemployment down and the social security budget to a minimum. Many of the newly unemployed are discovering with horror that it is not possible to continue to live a dignified life on benefits as they are currently structured. If there is a critical mass of unemployed workers pressure will inevitably mount to make benefits more realistic at concommitant cost to the public finances.

One might also question how the balance between the ideal of high employment and business viability can be maintained in circumstances where lending has failed. I've just read Muir Hunter QC's article on the rescue culture and it is very interesting - and certainly repays reconsideration in today's climate.
9 April 2009 at 14:58