CVAs on the up according to the Financial Times - will this contention be borne out in time? 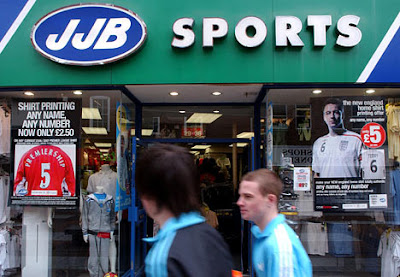 In two lengthy forthcoming essays in the Journal or Business Law (JBL) and in an Ashgate collection, I have argued, inter alia, that the Company Voluntary Arrangement (CVA) procedure should be used more often in restructuring practice (I am not alone in this call - see the above articles for further references to others, e.g. Mr. Look Chan Ho, of Freshfields, who have also extolled the virtues of the procedure).
It is interesting to note that the Financial Times are also now suggesting that the CVA is a procedure to watch. In the article which is entitled: "JJB could propel CVAs into spotlight" Ms Samantha Pearson notes:

"Company Voluntary Arrangements, an obscure procedure under insolvency law, could become one of the UK’s most popular corporate lifelines if JJB Sports secures a ground-breaking agreement with its landlords.
Falling sales and mounting debts led JJB, the sportswear retailer, to approach its landlords last month with its own CVA proposal, saying it was the only way it could avoid falling into administration. CVAs are legal agreements between a company and its unsecured creditors to allow the company to continue trading. Under the terms of the CVA, JJB asked its landlords for permission to pay rent monthly rather than quarterly on its 250 open stores and, more controversially, to pay less rent than is due on the 140 stores it has closed. If JJB convinces its landlords to vote in favour at the end of the month, it will become the first listed company to avoid administration through a CVA.
“The initial response [from landlords] has been very positive,” said Richard Fleming, head of restructuring at KPMG, which is arranging the CVA. The two main attempts at CVAs – in February from Stylo, the footwear group, and two years ago from Powerhouse, the electrical retailer, were scuppered by landlord disagreement. At the time, there was resentment among landlords that they were being asked to be more flexible than retailers’ other smaller unsecured creditors – the company’s suppliers – and that agreeing to a CVA would set a dangerous precedent.
Lawrence Hutchings, shopping centre director at Hammerson, the property group, said: “It did appear as though a second class of creditor was being created and that was the landlord.”The British Property Federation said: “It’s vital landlords are treated fairly compared with other suppliers.”However, given that it is in landlords’ interest for their tenants to keep trading, restructuring teams said that the rising number of administrations on the high street had encouraged landlords to look more favourably on CVAs.
Brian Green, restructuring partner at KPMG, said that JJB’s move was also less radical than those proposed in the past, adding that its success would also encourage other sectors to employ CVAs.While Stylo tried to make its landlords accept turnover-based rent, Powerhouse sought to strip away a key guarantee.Mr Green said: “We’ve tried to be as fair as we can this time both with the closed-store and open-store landlords so there isn’t this great precedent set to change significantly the terms of the lease.”

The coming months will prove whether Ms Pearson (and your faithful blogger amongst others) are correct! I would of course take issue with her first sentence and in particular the idea of the CVA being "an obscure procedure" for the various reasons. These ares discussed in depth here.
Picture Credit: http://img.dailymail.co.uk/i/pix/2008/01_02/JJBSports_468x324.jpg