The Continuing Debilitations of Bankruptcy – the Rehabilitation Delusion? 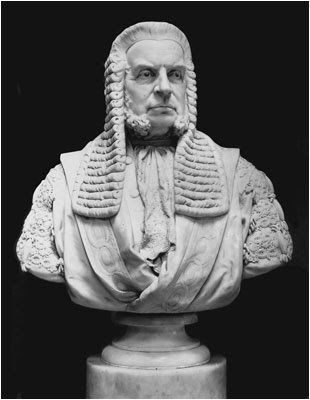 Recent press comment and my own research have shown that bankruptcy is still tainted with stigma, continued post discharge debilitation and negativity. Arguably, it is far from the rehabilitative, relief mechanism that the Legislature was trying to foster with the reform engendered in the Enterprise Act 2002. The Insolvency Service’s own research shows this. This is probably, inter alia, the reason why Debt Relief Order (DRO) have recently been brought into force. The deployment of the DROs may be nothing more than bankruptcy-lite, but it will be interesting to see how it is used and more importantly, how it is perceived. Parlance issues have an important part to play in the area in my view.

We could call modern approaches to English and Welsh bankruptcy/DRO regulation, i.e. a focus on relief and rehabilitation (engendered by the relatively recent reduction in the discharge period) as: the ‘rehabilitation’ climate. I have argued elsewhere that there may be a rescue delusion at play on the corporate side of the subject. Is there also a rehabilitation delusion affecting bankruptcy?

Certain modern perspectives serve to perhaps ensure that bankruptcy is always going to be viewed in somewhat of a negative light. There have been five hundred years of negative perception due to hanging, use of the pillories, ear loss and so forth, so why should this surprise us? Perhaps it is not that surprising. This negative perception of bankrupts is evident in the law of equity and trusts. Mr AJ Oakley, in his most recent edition (easily the best book on the subject in my view - Oakley, AJ. Parker and Mellows: The Modern Law of Trusts. 9th Edition. Sweet & Maxwell Ltd, 2008, at page 601 -hereafter referred to as Parker and Mellows) sums up this negativity towards bankruptcy and its implications (or connotations) when he notes:

“…there are some persons who, while they have the legal capacity to be trustees, may nevertheless be regarded as so undesirable as trustees that the court will remove them if they are ever appointed. A person may be regarded as undesirable in this sense either because a past history of financial responsibility, manifested by a past bankruptcy or near bankruptcy, some circumstance leading to bankruptcy…” (my bold emphasis).

I have emphasised Mr Oakley’s use of past and near in the above quote. First, should a past bankruptcy still preclude future involvement in the management of a trust? Where is the relief and rehabilitation quality in bankruptcy when post discharge an individual is still precluded from acting as a trustee, despite his discharge? Secondly, should a near insolvency preclude involvement in the management of a trust? ‘Near’ i.e. not even an actual bankruptcy – this seems rather strict, but perhaps the unique qualities of the law of trusts demand this approach. The notion still rubs up uncomfortably against the modern law of bankruptcy and the rehabilitation climate. How does one quantify near anyway? At page 614 of Parker and Mellows, Mr Oakley goes on to observe:

"In the case of bankruptcy, the court will generally remove a trustee who has become bankrupt, particularly if the beneficiaries request this to be done, if only on the ground that a person who has lost all his own money ought not to be in charge of other people's money." (my bold emphasis)

The above quote is taken from a section entitled, "Where a trustee is unfit to act" where the learned author explains that unfitness in this context refers to 'defects of character.' The author then illustrates this point by reference to bankruptcy. Is being a bankrupt therefore a defect of character? Mr Oakley relies on Re Barker’s Trusts (1875) 1 Ch.D. 43 for the above propositions, i.e. the removal of a bankrupt from the office of trusteeship. This is a relatively old authority. See also: Re Wheeler and De Rochow [1896] 1 Ch. 315 where one of the trustees became a bankrupt and was therefore precluded from acting as a trustee as he was deemed to be unfit to act. Perhaps this is where the problem lies in terms of modern (or rather old?!) trust principles and case law and modern approaches to the law of bankruptcy. When one looks at the  Re Barker’s Trusts case one sees that Mr Oakley is correct to rely on it for his given propositions. The judgment is very, very short. Sir George Jessel, MR’s (pictured) judgment amounts to two paragraphs. They will be reproduced here in full:

“In my view it is the duty of the Court to remove a bankrupt trustee who has trust money to receive or deal with, so that he can misappropriate it. There may be exceptions, under special circumstances, to that general rule; and it may also be that where a trustee has no money to receive he ought not to be removed merely because he has become bankrupt; but I consider the general rule to be as I have stated. The reason is obvious. A necessitous man is more likely to be tempted to misappropriate trust funds than one who is wealthy; and besides, a man who has not shewn prudence in managing his own affairs is not likely to be successful in managing those of other people.

However, if special circumstances are required for the removal of a bankrupt trustee, I should in the present case find them in the nature of the trust property. Part of the property consists of bonds with coupons, which could very easily be made away with. The trustee must be removed, and I make an order accordingly.” (my bold emphasis).

That is the entire judgment. Its brevity is problematic in terms of legacy for the law of bankruptcy, especially when applied in the current ‘rehabilitation’ climate. Sir George Jessel, MR’s contentions in relation to competence are undoubtedly right, but they do not sit well with the rehabilitation climate. Why should they? He was not writing in a rehabilitation climate, indeed, imprisonment for debt had only been abolished some fourteen years before he sat down with his pen to write his judgment in Re Barker’s Trusts. These were very different times indeed and as Professor Sir William Maitland QC said: we should be careful not to judge law or history backwards. Some further exposition of exactly why bankrupts, especially discharged bankrupts or even near bankrupts, remain incapable of acting as trustees would have been useful, certainly for modern eyes.

In the slightly later judgment of Kekewich, J in Re Wheeler and De Rochow [1896] 1 Ch. 315, the learned judge noted that, “…whether or not he may be unfit by reason of his bankruptcy, [he – Mr Wynne] is certainly unfit by reason of his having absconded.” (at page 322). Does this ‘whether or not’ statement open a chink for bankrupts to act as trustees, despite being bankrupts? Another authority is of note in this regard, namely, Re Bridgman (1860) 1 Drew. & Sm. 164, the effect of which is neatly summarised by Mr Oakley (at page 614 of Parker and Mellows):

"But as an exception to this [the rule that a court will remove a bankrupt trustee], the court has refused to remove a trustee whose bankruptcy was due to misfortune and who was entirely free of moral blame."

The above issues raise a number questions for modern insolvency policy makers. These include: (1) will bankruptcy (past, near, actual, discharged) preclude involvement with the administration of a trust? (2) Will the DRO also be indicative of unredeemable financial incompetence? These are very interesting questions that take us to the very epicentre of the relationship between the law of trusts and insolvency. I have touched on the links between the two subjects (if they even are as distinct as this) elsewhere in more depth and will revisit then again in this blog.