Batter/Bidder Up! Madoff's Mets tickets put on sale by his Bankruptcy Trustee 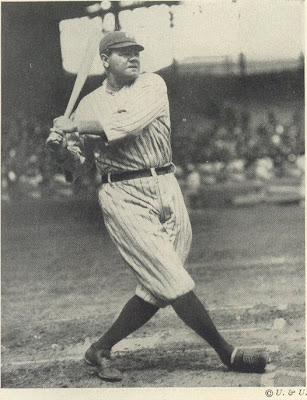 As a New York Yankees fan I shall not be first in the queue for the recently announced sale of Mr Bernard Maddoff's New York Mets tickets. At $80,000 I would be quite far back in the queue even if they were for front row tickets to see A-Rod and the chaps perform. The Times has reported that:

"The trustee in charge of liquidating the assets of Bernard Madoff is planning to sell the jailed financier's New York Mets baseball season tickets on eBay, the internet auction site, to raise money for his victims.

Irving Picard, the lawyer unravelling Madoff’s multi-billion dollar empire, has asked a court for permission to sell the two premium season tickets, which have a face value of around $80,000.

The seats, which include a parking permit, are located in the second row behind the batter in the Delta Club Platinum section of the Met’s new Citi Field Stadium, in Queens, New York...

In the US, a bankruptcy trustee is required to seek court approval before selling assets.

Recently, Madoff's yacht was been seized by the French authorities on the Côte d'Azur, following legal action by a Paris-based investment group seeking to reimburse customers.

Following a court ruling, a bailiff chained the propellers on the Bull, Madoff's 27m-long cruiser in the harbour in Cap d'Antibes near Nice on the Mediterranean coast.

A notice attached to the yacht, which is estimated to be worth $7 million, reads: "Important: Do not turn on the motors. Major judicial problems will result if anyone attempts to remove the boat."

The move comes after the Bull's sister yacht was seized in the US last week, along with another boat and Madoff's mansion in Palm Beach, Florida, amid a worldwide scramble by investors to lay claim to his $820 million fortune.

The Bull was seized after Meeschaert, the French investment business, went to court bidding to get hold of the fallen New York financier's assets.

Cé Meeschaert, the chairman, said: "We decided to act fast, so that the boat wouldn't leave French waters."

Mr Meeschaert said the yacht was registered in the Cayman Islands "for fiscal and customs reasons".

Madoff and his wife Ruth also own a villa in Cap d'Antibes with a value estimated at €1million. The house is registered in Mrs Madoff's name, as is most of the couple's wealth."