Bankruptcy Tourism and Medicon Limited - a reverse Delaware effect - is it any more or less desirable? 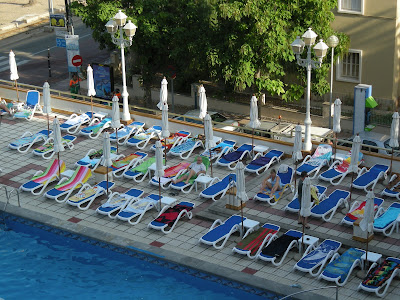 At the recent Insolvency Lawyers' Association conference held in March there were a number of very illuminating papers delivered by some of the top authorities in the field on both the corporate and personal side of our subject. One particular paper was of note on the personal side of the subject as it highlighted the recent emergence of the so called "Bankruptcy Tourism" phenomenon. The paper was drafted by Chief Registrar Stephen Baister and Ms Marcia Shekerdemian of 11 Stone Buidlings (who also sits in a judicial capacity as a Deputy Registrar). The paper was entitled: "COMI, bankruptcy tourism and proving jurisdiction." With the link up between the ILA and Insolvency Intelligence it is hoped that the paper will appear in that refereed journal in due course. I am certain that Professor Ian F. Fletcher's forthcoming 4th edition (The Law of Insolvency, Sweet & Maxwell, 2009) will also discuss these issues and the emergence of the "Bankruptcy Tourism" phenomenon on the personal side. A recent article in Insolvency Intelligence by Ms Susan Moore also discusses these issues in the corporate context (see:  Insolv. Int. 2009, 22(2), 25-28). Mr Christopher Brougham QC and Mr John Briggs also discuss the area in some depth in Muir Hunter on Personal Insolvency (Sweet & Maxwell, looseleaf).
The Baister/Shekerdemian paper discussed, inter alia, Mr Registrar Simmonds recent judgment in Medicon Limited. and the 'purposive and creative' approach of the English courts to forum shopping. The Medicon Limited case has not yet been reported, but it is surely a must for the pages of the Bankruptcy and Personal Insolvency Reports (BPIR).  Medicon Limited focuses on "forum shopping" (or bankruptcy tourism) pursuant to the EC Regulation on Insolvency Proceedings N0.1346/2000 (OJ L 160, 30.06.2000 - hereafter referred to as the Regulation). For detailed treatment of this regulation see the second edition of the text by Professor Fletcher, Mr Gabriel Moss QC, Mr Stuart Issacs QC, et al. For the purposes of this relatively short blog entry one could say that one of the main drivers behind the introduction of the Regulation was to stop forum shopping (see recital (4)) of the kind seen in Medicon Limited.
The facts in Medicon Limited were as follows. Medicon Limited was an English company incorporated pursuant to the Companies Acts. Its business was carried out in the main in Berlin. This business basically hinged around offering debt relief services through newspaper adverts. The substance that lay behind their claims of an expedited procedure compared with that in German was of course, English personal insolvency law! i.e. one year before automatic discharge, as opposed to seven years in Germany as noted above. The winding up in the public interest before Mr Registrar Simmonds arose because Medicon Limited were providing misleading information to the courts and Official Receiver in relation to the residence and employment of their clients, namely, German nationals, who, prima facie, appeared to be living and working in England for approximately 6 months, when they were in fact doing no such thing.
Medicon Limited was wound up on public interest grounds by Mr Registrar Simmonds on the 18 February 2009. It is believed that Medicon Limited is not along in offering such services. The Medicon Limited judgment is a welcome addition to what is otherwise a rather scanty group of authorities. On the table for consideration in this area we currently have:
The Medicon Limited case and the Baister/Shekerdemian paper raise a number of interesting issues. There is no doubt that there has been a recent rise in the UK being seen as a debtor friendly jurisdiction amongst EU member state nationals, hence Baister/Shekerdemian's reference to the UK becoming, "something of a "paradise" for opportunistic insolvency tourists." The Insolvency Service have also made reference to this phenomenon (at the 3rd Insolvency Service Research Seminar on the 8th September 2008 in general discussion). Is this a bad thing though? i.e. that individuals are attracted to this jurisdiction, even if to undergo an insolvency procedure?
In the title of this blog entry I have made reference to the so called Delaware effect, i.e. the idea that corporations are inclined to register in that American state as its corporate laws are user friendly and corporation focused. This has led to an increase in corporation tax payments, employment generally, legal advice, accountancy advice, etc, in that jurisdiction. Similarly, isn't the effect of the "Bankruptcy Tourism" phenomenon as exemplified by the Medicon Limited case, to, inter alia, drive up redress to English insolvency practitioners (IPs) and such like. This would certainly go someway to address R3's recent concerns regarding the lack of redress to IPs on the personal side.
It is of course accepted that other EU states have more draconian personal insolvency laws than our own. Germany for instance has a seven year before discharge period. For a more thorough comparative analysis see the work of Professor Jason Kilborn of the John Marshall Law School. Just because of this fact, i.e. people coming here because we have a more lenient personal insolvency law, is it in fact undesirable that these individuals come to the English and Welsh jurisdiction to be relieved from their debt issues? Are we not providing them with a relief and rehabilitation mechanism that their own country is failing to deploy? The burdens on the courts and Insolvency Service are of course the major rebuttal to the 'Delaware" point I am trying to make here. Nonetheless, could it be argued that there are at least some benefits in German, Italian, Spanish, etc, personal insolvents coming over here?
One of my favourite cases on the area of domicile generally (in the context on non-EU Regulation cases) on the personal side stems from the Barlow Clowes affair. The Barlow Clowes affair spawned a number of reported cases in the area of both corporate and personal insolvency. On the personal side a fairly recent case before Evans-Lombe, J, Henwood v. Barlow Clowes International Ltd (in liquidation) [2007] EWHC 1579 (Ch), [2007] BPIR 1329, concerned the question of a bankrupt’s domicile for the purpose of s.265 IA 86. This section states that:

(a) is domiciled in England and Wales,

(b) is personally present in England and Wales on the day on which the petition is presented, or

(i) has been ordinarily resident, or has had a place of residence, in England and Wales, or

(ii) has carried on business in England and Wales."

The facts established before Evans-Lombe, J in the Chancery Division focused on three properties; one in the Isle of Man, one in France and one in Mauritius. It was the question of whether or not the debtor was domiciled in the latter that fell for the consideration of the learned judge. The question of the debtor’s centre of main interest (COMI) was not discussed as Mauritius obviously falls outside the European Union and the effect of the Directive. Perhaps Denmark are well out of it! As soon as the decision of Mr Registrar Simmonds in Medicon Limited is reported I will revisit this area on the blog.

I would like to bring your attention to a paper entitled “Bankruptcy Tourism under the EC Regulation on Insolvency Proceedings: A View from England and Wales” produced by Mr. Adrian Walters and Mr. Anton Smith. This paper can be downloaded here: http://www.ntu.ac.uk/PSS/Nottingham%20Law%20School/Publications/99914.pdf

I think you should expand the list of cases related to “UK bankruptcy tourism” and include Hagemeister, Re (A Bankrupt) and Others [2010] BPIR 1093. This case has been mentioned in the paper above before it’s publication in BPIR as one of the paper authors (Mr. Anton Smith) acted for one of the parties involved in the case.

Anonymous said…
A bankrupt suffers 7 years in germany until he possibly gets his discharge.One of the main benefits of a free EC is, that their citizens may buy cars in other countries, work in other countries.
Why should they not take the benefit to get a much quicker discharge from debts in other countries? Does anyone really believes, that a bankrupt will repay his debts in 7 years? After 1 year, he will be free and will proceed with business, pay taxes again and dont have to suffer because of earlier mistakes.
If i would have debts, i surely would take the advantage.I think, the described Medicon Ltd. is doing a great job.It is an example of a living EC.
4 February 2011 at 20:45

Anonymous said…
Here are a few more juicy cases for bankruptcy tourists in the UK: