Australian surge in insolvency figures - some support for R3's contentions? 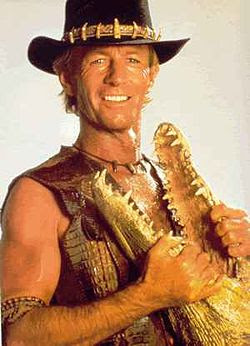 A recent post on this blog highlighted R3's fears that the Debt Relief Order (DRO) might cause a surge in personal insolvency figures. A recent news story in the Herald Sun entitled, "Debt Relief all too easy" has noted that the Australian experience supports R3's contentions. The article notes:

Australia is experiencing a boom in insolvency activity and Victoria is the epicentre of the debt crisis.

In the three months to March 31 this year the number of consumer debt agreements entered into skyrocketed up by almost 40 per cent, compared with the same period last year.

Bankruptcies were also up 16 per cent, with the vast majority of those being non-business related.

Personal insolvency agreements, which are generally undertaken by higher income earners who cannot repay consumer debts, jumped up by more than 50 per cent off a low base.

The Insolvency and Trustee Service Australia reports that total insolvency activity was up 18 per cent across the nation in the March quarter.

But the Victorian statistics are particularly alarming with total insolvency activity up more than 22 per cent. Only Tasmania showed more growth than Victoria in the numbers of people who cannot repay their debts.

Debt counsellors say bankruptcy is a relatively cheap and easy option for people who have lost their job and cannot repay their debts.

"Bankruptcy can be a pretty cheap option if there are no real assets and no capacity to pay," says John Beecroft, an insolvency specialist in South Yarra.

"We do the paperwork and send it off to the Insolvency and Trustee Service where it is basically a paper entry."

Digby Ross, the official receiver at ITSA, agrees that bankruptcy can be a cheap and easy option for debtors.

"It is a fairly straightforward process," says Mr Ross.

"They have to prepare a one-page petition and a statement of affairs covering their creditors, any property they have, and their personal details.

"That is filed with us and when it is accepted the person is bankrupt. There are no court appearances required."

A bankrupt person is generally denied credit for three years. A permanent record of the bankruptcy is placed on the National Personal Insolvency Index, an electronic public register.

John Beecroft from www.debtassist.com.au says there has been a noticeable change in the type of people asking for assistance in the past few months.

"When rates and fuel prices were high we were seeing lots of people from the outer suburbs, now we are seeing more from middle class suburbs and above.

"People who have used their credit cards to buy shares and had a margin call is pretty common -- or property investments that have gone wrong," said Mr Beecroft.

Bankruptcy is a common option for people losing their jobs, he says."