Star of Zanzibar aka the Wrekin Ruby - mystery solved. Thank you Mr Paxman 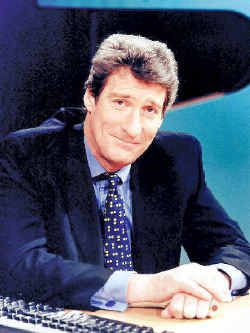 The Star of Zanzibar mystery has been solved! The officeholders at Ernst & Young can now put their deer stalkers to one side. Wrekin Construction's Star of Zanzibar, or the Wrekin Ruby as it has become known, has been found. However, there are some problems with the purported value of the gem that are unlikely to go down well with creditors. It seems that the chap who valued the ruby, Mr Michael Hart Jones, has a track record of rather strange behaviour. Newsnight exposed him two years ago after he tried to sell a fake cure for AIDS which was made of goat serum.
An independent valuer instructed by the BBC's Newsnight valued the Wrekin ruby at £5,000. Another valuation purportedly puts the Wrekin ruby at £300,000. This is a bit less than £11 million figure which was originally given for the gem by Mr Michael Hart Jones.
Picture Credit: Hat tip to Mr M for the intelligence. http://salfordstudents.com/files/university_challenge.jpg