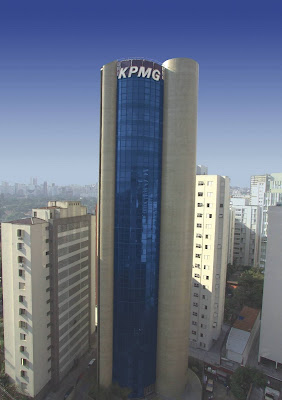 King UK has announced that it is to shed 320 jobs through the closure of six distribution centres throughout the UK. This move comes as part of the ongoing administration of its parent company, Casper Group. The administrator is Mr. Daniel Butters of Deloitte. In relation to the job losses Mr Butters is reported as saying:
"Regrettably it has not been possible to find a buyer for King's contractual business and as a result 320 employees have been made redundant. A streamlined workforce has been retained to assist the administrator in the orderly wind-down of the assets held at King's six national distribution centres."
It is against this backdrop and the increasing financial turmoil that Mr. John Milsom, Chief Operating Office of KPMG Europe LLP's Restructuring Department and an appointment taking insolvency practitioner, delivered a lecture last night at Kingston University entitled: 'From pre-packs to administrations, the armoury available to the modern insolvency practitioner.' The lecture was delivered as part of the ongoing Strategy into Practice lecture series at Kingston University. A tour de force through the current landscape of international corporate restructuring practice, Mr Milsom highlighted both the positive and negative aspects of pre-pack administrations from a practitioner's perspective. Space does not allow a thorough critique here. The lecture was however recorded and a link to the edited production will shortly appear here. The slides are also available from me (pending Mr Milsom's permission). Some highlights from the lecture will however now be briefly discussed. Mr Milsom's lecture ranged over the subject of international corporate rescue, including a discussion of Australian, American, German and English approaches. His discussion of the English scene from the Insolvency Act 1986 up to and including a thorough exposition of the  Enterprise Act 2002 was particularly illuminating.
Throughout the lecture there was a distinct focus on the idea of the viablity of businesses (and companies). Whilst recognising the need to save employment where possible Mr Milsom focused on best value outcomes in a more global stakeholder sense. In his exposition of pre-pack administrations Mr Milsom referred positively to the work of Dr Sandra Frisby in this area. He mentioned the notion of risk (i.e. running nuclear plants, coping with teenagers hurting themselves within properties that are under his control as the officeholder) and hoped that this element would be factored into any future research on the subject of pre-packs. The lecture was followed by a question and answer session in which Mr Milsom provided, inter alia, an exposition of the differences between Chapter 11 bankruptcy and the administration procedure. In so doing he went some way to rebut the contentions recently made by the Conservative Party and the IOD. I was going to ask him if he had any advice for the officeholders in relation to the search for the Star of Zanzibar, but the session had drawn to a close. This will have to wait for another occasion!
The lecture also focuses the mind on Statement of Insolvency Practice (SIP) 16 (Pre-Packaged Sales in Administrations) following its relatively recent introduction. How is SIP16 working in practice? Is it having the desired effect? It could be argued that regulation should be enabling and not proscriptive. This is because the hoop jumping demands of guidance can in some circumstances stifle the task in hand. The fact that the CVA provisions, for example, are not particularly detailed is not necessarily a problem. Substance over form is advantageous for IPs who are attempting to seek a commercial outcome as part of their business recycling endeavours. Adding RPB approved rules which are proscriptive derogates from commerciality and flexibility. They may become a rod for the back of the IP. Whether or not this is the case and how SIP16 compliance is occurring must be examined.
Picture Credit: http://www.robchipman.net/blog/images/Kpmg.jpg