Ph.D/D.Phil treatment on the history of insolvency - a neglected source? 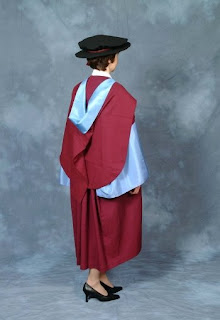 Dr Christopher Symes' recent book entitled, Statutory Priorities in Corporate Insolvency Law - An Analysis of Preferred Creditor Status (Ashgate, 2008), highlights a recurrent problem in bankruptcy and insolvency scholarship particularly in relation to the historical aspects of the subject. I have briefly discussed this issue before, or at least highlighted some relevant sources. The problem is that insolvency scholars (and practitioners) seem to think that the history of bankruptcy and insolvency scholarship starts with Professor Markham Lester’s D.Phil thesis, which was subsequently published by OUP as Victorian Insolvency (Clarendon, 1995). This is simply incorrect and many valuable contributions are being overlooked, most of which pre-date Professor Markham Lester’s treatment in terms of publication date and period of treatment. There are a number of substantial works that cover the medieval period, the early modern period including the 16th, 17th, and 18th centuries and finally the 19th century. The work is both comparative and domestic in perspective. My own forthcoming work examines aspects of the 17th century. The following extremely valuable Ph.D./D.Phil and LL.M. degree contributions are obtainable fairly easily through the inter-library loan service:
Duffy's book also stems from his own Ph.D. thesis: Duffy, IPH. Bankruptcy and Insolvency in London during the Industrial Revolution. Garland Publishing, Inc. New York & London. 1985. A slightly earlier treatment was also published by Noel (Noel, FR. A History of the Bankruptcy Law. C. H. Potter & co., 1919).
There are also of course a number of insolvency Ph.D./D.Phil contributions on aspects of modern insolvency law which, like Victorian Insolvency, have subsequently been published as books. Professor Riz Mokal, Dr Irit Mevorach, Professor Rebecca Parry (all published by OUP) and Dr Paul Omar have all seen their Ph.Ds (D.Phil in Dr Omar's case) go into print and Professor Ian F. Fletcher’s The Law of Insolvency, about to be published in its fourth edition, can also trace its origins back to his own Ph.D. Insolvency Ph.Ds have also been awarded to Dr. Keith Pond ('Investigating personal insolvency: a progression of studies into individual voluntary arrangements') and Dr. Peter Walton ('Priority rights of creditors in insolvency') on the basis of cumulative refereed article contribution to the subject. There are a number of other English and Welsh insolvency law doctoral contributions which discuss modern insolvency law and related issues:

As long as the historical Ph.D/D.Phil sources are ignored we will have an unsatisfactory perception of the treatment of the history of the subject as well as the treatment itself. Additionally, the work of Hoppit, Jones, Graham, Tabb, Riesenfeld, Kadens and others must also be borne in mind when dealing with the history of the subject. The best current treatment which is contained in an easily accesible published book is Professor David Milman's overarching treatment in Personal Insolvency Law, Regulation and Policy (Ashgate, 2005).