A multiplicity of commentators with the same name - Australian insolvency patterns 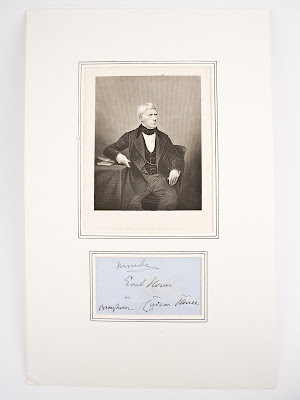 For some time insolvency scholarship had two commentators on the subject named Ian Fletcher, i.e. first, Professor Ian F. Fletcher of UCL Faculty of Laws and 3-4 South Square, and author of The Law of Insolvency (Sweet and Maxwell, fourth edition due April 2009) and secondly, Mr Ian M. Fletcher, a partner at Brinkmann & Partner, and the co-author of Fletcher, Higham and Trower on Corporate Rescue (Butterworths, 2003).
A recent Australian news announcement from ABC has highlighted another insolvency related shared name conundrum, this time in relation to Professor Ian Ramsay of the Melbourne Law School (outputs available on SSRN) and Professor Iain Ramsay of Kent Law School, University of Kent. As with the Fletcher authors, the Ramsay authors also concentrate on the same areas in some instances. This is made clear by the ABC announcement in relation to the Melbourne Professor Ramsay who has recently published some research on the personal side of the project in relation to Australian law and debtor experience of the bankruptcy procedure in that country. The announcement notes:
"Australia's bankruptcy rates have increased by 261 per cent over nearly 20 years, according to a study by the Melbourne Law School.

"That rate of increase dramatically exceeds, for example, the increase in population in Australia over the corresponding period," he said.

"So, effectively, a greater proportion of the Australian population, over the period that we examined, was becoming personally insolvent."

Professor Ramsay says Australia's love affair with credit is the main cause.

Over the last 10 years, excessive use of credit as a cause of non-business related bankruptcies has gone up by more than 100 per cent," he said.

"Over the period of time we've found quite a significant increase in the age of bankrupts. We also found ill health as a growing reason for people going bankrupt.

"One interesting finding was gambling. What we found was a significant increase in the last 10 years, up something like 230 per cent, as a cause of bankruptcy."

"So even during these times, where there was strong economic growth in Australia, we still found that bankruptcy was claiming, if you like, more and more of the Australian middle class.

"We found a growing number of bankrupts with dependents. So, clearly there's an important family context here."

The most significant increase in bankruptcies has occurred in New South Wales.

"In fact, a 50 per cent increase in the proportion of bankruptcies occurring in New South Wales between 1997 and 2008," he said.

"And that's not just a factor of New South Wales having more people, it is that there's just more bankruptcies occurring in that state."

The study investigated personal insolvency under the Bankruptcy Act, from 1990 until 2008. That covered Australia's economic boom time.

Professor Ramsay predicts bankruptcy rates will skyrocket in the months and years ahead.

"Looking ahead though, of course, the conclusion would need to be, in my view, that these trends would actually accelerate," he said. "And what are those trends? The trends are a greater number of Australians becoming personally insolvent and, of course, personal insolvency, including bankruptcy, affecting more and more parts of the Australian society, including the Australian middle class."

Financial and Consumer Rights Council executive officer Richard Foster says he is not surprised by the figures.

"We are seeing an increasing number of people coming to financial counsellors and consumer advocates with no option other than to consider bankruptcy.

"What's concerning most about the study is that it commenced at the height of the last recession and the numbers have only gone up ever since. So, what we can expect in the future, I expect, is more of the same."

I do not feel left out however as I also have a namesake at the University of Surrey. Professor John Tribe, researches and teaches in the area of leisure and tourism in Surrey's School of Management.
Picture Credit: Muir Hunter Museum of Bankruptcy, KU (GP).