Joined up restructuring reform and the question of stand alone moratoriums within schemes of arrangements – Fiefdom protection or passing the buck? 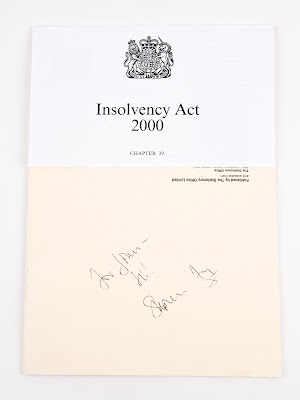 It is an axiom of English corporate insolvency law and restructuring practice that rescue of the company (no longer just the business!) is the paramount consideration for insolvency practitioners (IPs) and directors of troubled, and perhaps not so troubled, companies. This goal is now represented in Schedule B1 of the Insolvency Act 1986 (as amended). This rescue ethos approach is most recently evidenced in the legislative reforms introduced by the Enterprise Act 2002 in the realm of administration and administrative receivership. This raft of statutory change and the reform process that brought it about could be called the Insolvency Service reform.

Relatively recent reform activity in the area of company law has also affected restructuring practice. Section 895 of the Companies Act 2006 (CA06) replaces the scheme of arrangement provisions in s.425 Companies Act 1985. These new CA06 provisions have been in force since 6 April 2008. There have been a number of calls for reform of the scheme of arrangement provisions so as to make them more useful for facilitating company rescue. This second reform process, including the introduction and consideration of the largest statute to pass through the English legislature, could be called the Company Law Review Steering Group Reform (CLRSG) reform.

With these two separate law reform processes taking place there has been a unique opportunity to bring in to line both the company laws and the insolvency laws of England and Wales. Greater coherency between the two sets of provisions would give a full package of armoury to any IP who is restructuring an insolvent (or indeed solvent) company. However, some missed opportunities have occurred during the course of both the Insolvency Service reform and the CLRSG reform. But all may not be lost! Most notably the CLRSG's lack of consideration of moratorium provisions for schemes of arrangements in line with Chapter 11 automatic stays may have in fact helped the restructuring of companies in England and Wales. This is in line with my arguments in a recent paper on CVAs where it is argued that a fully consensual CVA with no moratorium is cheaper and more cost effective process for restructuring.

In line with Professor Vanessa Finch's arguments that insolvency practice has moved from ex post to ex ante responses to restructuring practice, I have advocated elsewhere that the anticipatory use of a simplified scheme of arrangement procedure without a moratorium may also facilitate early restructuring if creditors can be persuaded of the virtues of this temporary transitional use of a restructuring device. An informal moratorium is again advocated to reduce compliance costs for restructuring practitioners.

In the Insolvency Service reform the question of scheme of arrangement moratorium provisions was, quite rightly, reserved for the CLRSG’s consideration. They in turn batted the question back to the Insolvency Service, stating that insolvency issues of this nature fell within the Insolvency Service's ambit, despite s.425 falling within the Companies Act 1985. The issue of stand-alone moratoriums for schemes of arrangement has therefore fallen into somewhat of a black hole of reform. It will be interesting to hear Professor Harry Rajak’s views on these issues when he speaks on the 2000 consultation document at the forthcoming Sussex conference. Professor Rajak was of course on the committee of A Review of Company Rescue & Business Reconstruction Mechanisms (IS, 2000).

A further question arises from the above, notably, the problem of different Government agencies being involved in one area of regulation. As well as the above conflict there has also been the more recent personal debt crossover between the Insolvency Service and the Ministry of Justice (formerly Department for Constitutional Affairs, when the reform process commenced). We have certainly seen some crossover with Debt Relief Orders, Debt Management plans, and (personal) Administration reforms. This issue will be discussed in a future blog.