The IOD and Conservative Party as Chapter 11 advocates – misguided or misinformed or foresightful? 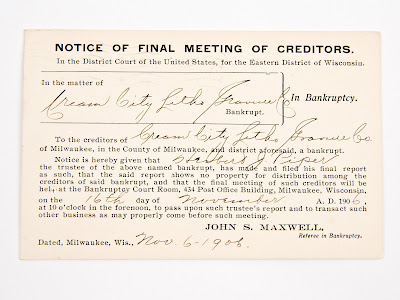 The recent call by Miles Templeman, Director-General of the Institute of Directors (IOD), for the adoption of the American Chapter 11 procedure in the United Kingdom, reiterates a call made by the Conservative Party last July along similar lines. My full response to the Conservative Party is shortly forthcoming in an Ashgate monograph collection edited by Dr Paul Omar of Sussex Law School. The problem with both the Conservative Party’s proposal, as addressed in my paper, and with the IOD’s reiteration of the same sort of idea is twofold.

First, they seem to forget that we already have a smorgasboard of rescue and restructuring options to facilitate the restructuring of viable businesses. If it ain’t broke why fix it? This is a question you may well ask. If UK corporate restructuring tools are indeed broken neither the IOD or Conservative Party illustrate their contentions with any evidence. If you are going to question the very credibility of the system there must be evidence to show why and how there is a problem. A corporate restructuring in the UK can currently be undertaken within the ambit of the Administration procedure itself (pursuant to schedule B1 of the IA86) or with stand alone procedures such as CVAs, schemes of arrangements, schemes of reconstruction, the London approach, and such like. In most cases these procedures are of course used within the umbrella of Administration and within the protection of a moratorium.

The second major issue when drawing a similarly with Chapter 11 and Administration, or indeed calling for the adoption of the former (and abolition of the later? – neither are clear on this point) hinges around a number of factors, e.g. funding of the regimes; the nature of cram down and our own moratorium provisions (yes we do already have them!), but also the very nature of debtor in possession (DIP) procedures and how American practitioners conceptualise and use Chapter 11 in fact. The comparative work of Professor Gerard McCormack is very illuminating in this regard. That DIP necessarily focuses on ex ante approaches to insolvency practice (as noted by Professor Vanessa Finch) seems to have been lost on the IOD and Conservative Party. Their use is fundamentally different to our use and approach - we must realise this before drawing direct comparisons. Elsewhere I have argued that the adoption of consensual approaches to corporate restructuring and the necessary reduction in the stigma that attaches to the so called ‘insolvency’ procedures (e.g. CVAs - DIP qualities, and if used well prior to s.123IA86 insolvency) is one way to perhaps augment and perfect what is already on the statute book in terms of corporate rescue and restructuring practice. It would be interesting to hear from our American colleagues in terms of their impression of the Administration procedure.