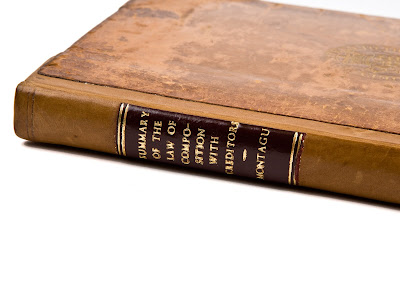 As the clamour grows surrounding pre-pack administrations (see for example the latest press on the Wrapit and Please and Thankyou companies, or Archers brewery) it may be of some solace to those dealing with insolvency issues that the main body of the new Insolvency Rules implementation has again been put back. This will enable practitioners and policy makers to focus on the more immediate problems of perception and use of pre-pack administrations, as well as dealing with the 16 year high in company liquidations. In relation to the rules the following Insolvency Service announcement is of note:

The first modernisation changes under the Modernisation and Consolidation project are now being delivered.

The Insolvency (Amendment) Rules 2009 have been made by the Lord Chancellor and laid in Parliament. This instrument will introduce a modernised and better targeted advertising regime for insolvency with effect from 6th April 2009.

The Insolvency (Amendment) Rules 2009 will shortly be published on the OPSI website at www.opsi.gov.uk. These Rules will revise insolvency advertising procedures in nearly all new insolvency cases commencing on or after the 6th April 2009.

The majority of insolvency advertising requirements appear within the Insolvency Rules and amendment to these provisions is not dependant upon changes to the Insolvency Act. The Insolvency Act however contains two separate requirements for advertising in voluntary liquidation proceedings, within sections 95 and 98. Separate action is being taken to amend sections 95(2) (c) and 98(1) (c) by means of a Legislative Reform Order (“LRO”). That Order is subject to an on-going Parliamentary scrutiny process but we are hopeful that the amendments to these sections will also be implemented on 6th April 2009.

The reason for these changes is to achieve better targeted publicity in insolvency proceedings Insolvency office-holders (and others upon whom the duty to advertise currently falls) will continue to be required to gazette key insolvency events but will have discretion as to whether any additional publicity is warranted and, if so, the best medium for this. This initiative will immediately remove unnecessary costs  in administering insolvencies and insolvency office-holders are not therefore expected to benefit from the savings themselves, but to pass them on to creditors  by way of better returns.

The Insolvency Service would not expect this discretion to advertise more widely to be used routinely in ‘run of the mill’ cases but rather in cases where clear benefits or a business need can be identified. The discretion might properly be exercised in cases where the office-holder assesses that a full disclosure may not have been made, for example where the office-holder cannot determine to his/her satisfaction the full extent of a company’s or debtor’s assets and liabilities and where it is considered that some form of advertising may redress this.

The new provisions will give office-holders flexibility to decide the most efficient and effective form for additional publicity so that this can be placed to best serve the intended purpose and to reach the target audience. Advertising in addition to notice in The Gazette will no longer have to be by newspaper advertisement so other forms of media advertising , including internet, radio, print media or even television advertising, will in future be an option, if deemed most appropriate to meet the purpose of the advert (given the cost and likely effect).

As part of the move to a better targeted insolvency advertising regime the needs of stakeholders will be met by introducing three new requirements for the gazetting of key insolvency events. Petitioners will be required to give notice in The Gazette of the dismissal of a winding up petition. Currently, the presentation of a petition is advertised, but if it is subsequently dismissed the fact that it has been dismissed is not advertised. The appointment and termination of appointment of a Provisional Liquidator to a company will also be required to be gazetted by the insolvency office-holder.

As part of the Modernisation and Consolidation project, The Insolvency Service Policy Unit has reviewed existing requirements for the filing of insolvency documents at court. Currently, Rule 7.32 of the existing Insolvency Rules requires that where insolvency proceedings are pending in any court a copy of every issue of The Gazette which contains an advertisement relating to those proceedings, a copy of any newspaper advertisement relating to those proceedings and, from time to time, a memorandum giving particulars of such advertisements must be filed in court. Routine filing of all insolvency advertising is unnecessary and so Rule 7.32 will cease to have effect, providing further savings in the costs of administering insolvencies and for the courts.

Further Modernisation of the Insolvency Rules: change in timetable

The Insolvency Service now wishes to proceed with delivery of the remaining modernisation changes to the Insolvency Rules before consolidating those Rules and other project statutory instruments. This approach aims to ensure the most effective delivery of measures to provide added flexibility of communication within insolvency processes and other measures to reduce burdens on users of the legislation, providing further savings in the cost of administering insolvencies for the benefit of creditors.

These modernisation proposals are dependant upon the successful passage of a further LRO through the Parliamentary process, to make necessary changes to the Insolvency Act that will allow the Rules to provide for matters such as e-delivery of insolvency notices and the use of websites for sending reports and other documents to creditors.  As this LRO will make significant changes we have decided to follow a lengthier “super affirmative” LRO procedure.

Accordingly, the Minister has confirmed his agreement to the following new programme for delivery of the next phases of the Modernisation and Consolidation project:

·      6th April 2010- LRO and Insolvency (Amendment) Rules 2010 to implement the full programme of modernisation measures proposed, by way of changes to the Insolvency Act and the existing Insolvency Rules;

This delivery programme will allow us to introduce further changes to modernise insolvency procedures in April 2010. The modernising amendments to the Rules would then have a short time to bed in before the new Insolvency Rules (and other instruments) come into force in April 2011.

This project has evolved to accommodate requests from users for more than a mere consolidation of existing law. Our aim is to provide modernised insolvency legislation which remains fit for purpose in a modern business environment. We are looking to address practical issues raised by stakeholders and to produce clear, modern, sensible and effective legislation which can reduce burdens placed upon its users."