The Efficacy of Directors’ Undertakings – time for an independent critical evaluation? 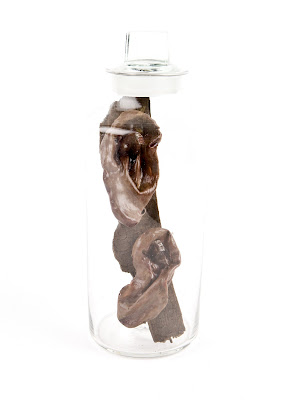 Now that His Honour Judge Abbas Mithani has joined Kingston Law School as a visiting professor, it is perhaps time to turn our thoughts towards questions of law reform within the context of directors’ disqualification. The disqualification of directors lies squarely within the parameters of relatively recent insolvency law modifications, most notably with sections 1 and 1A of the Insolvency Act 2000 (IA2000).

Historically, directors could only be disqualified from office after a full court hearing and the issuing of a disqualification order. A number of issues including, inter alia, an increase in the number of cases being bought before the court, and the rise in uncontested applications led to the decision in Re Carecraft Construction and Co Ltd [1994] 1 WLR 172. In the case Ferris, J. stated that where the Secretary for State and respondent director come to an agreement vis-à-vis the terms of the formal statement of facts and the length of the disqualification period, the court would not be obliged to engage in a full hearing ([1994] 1 WLR 172 at page 183). In essence, the Carecraft procedure incorporated these pre-agreed terms into an order, albeit after formal sanctioning by the court (see: Secretary of State for Trade and Industry v. Rogers [1996] 2 BCLC 513; and Secretary of State for Trade and Industry v. Banarse [1997] BCLC 653). The idea of a more administrative rather than judicial procedure for undisputed disqualifications was further augmented by the Practice Direction [1996] 1 All ER 442, before evolving into what is now know as directors’ undertakings, as introduced by the IA2000, s.6(1), (2) which inserted a new s.1A into the Company Directors Disqualification Act 1986 (CDDA86).

The IA2000 introduced directors’ undertakings as a real alternative to the court hearing and disqualification order. Court intervention was, prima facie, no longer necessary in uncontested cases, resulting in a more expeditious procedure, thereby achieving one of the procedure’s primary functions of public protection.

Directors’ disqualification orders are issued for a number of reasons. Directors can be made subject to an order following criminal proceedings or as a result of a civil investigation. In fact, the CDDA86 provides nine sections under which a director may be disqualified. These are:

It is interesting to note at this stage, that undertakings are still not available for all forms of disqualification procedure. Despite this, they have made a significant impact on the disqualification process since April 2001 when the amendments to the CDDA86 came into force due to the overwhelming majority of disqualification resulting out of section 6. As a result, it has become necessary in my view to critically review the procedures to establish if this new administrative power is a suitable replacement for judicial intervention.

In answering this central question, the following areas, inter alia, could be investigated:

Judge Mithani and other senior colleagues will be critiquing the full funding bid proposal in due course. It would be interesting to hear the views of other learned commentators in this area such as Malcolm Davis-White QC and Professor Adrian Walters. Is an independent critical review of undertakings required?

Picture Credit: Muir Hunter Museum of Bankruptcy, KU (GP). 'Ears in a Jar.' From 1604 bankrupts would have their ears removed if they failed to tell the Commissioners in Bankruptcy the whereabouts of their assets.