The Efficacy of Bankruptcy Restrictions Orders and Undertakings - is there a need for some research in this area? 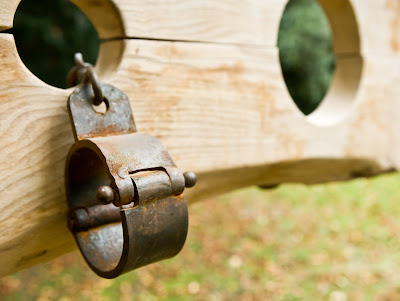 In April 2004, the Enterprise Act 2002 reduced automatic discharge in bankruptcy from three years to twelve months despite concerns that this would lead to an abuse of the procedure and a massive increase in people using the bankruptcy system. In response to the misgivings that accompanied the reduction in discharge (e.g. Hansard HL Vol.639, col.1134 et seq.), a new breed of bankruptcy restriction control was introduced. The aim of the legislation was clear: to identify the dishonest and reckless bankrupts from the entrepreneur and unfortunate bankrupts; admonish them according to their actions; and protect the public interest (See: Insolvency Service, Bankruptcy: a Fresh Start April 2000).

Despite Bankruptcy Restrictions Orders (BROs) and Bankruptcy Restrictions Undertakings (BRUs) being specifically introduced by the Enterprise Act 2002, the concept of restriction for undischarged bankrupts is far from a recent phenomena. Prior to the introduction of BROs and BRUs, bankruptcy was prohibitive to a number of professions and functions, including, inter alia, the ability to practice as an insolvency practitioner (Insolvency Act 1986, ss. 390(4)(a), 389(1)) and the holding of the office of director (Company Directors Disqualification Act 1986 s. 11(1)(a)).

BROs and BRUs differ in a parallel way to directors’ disqualification orders and undertakings. Whilst BROs are made on application to the court by the Secretary of State, BRUs are mutually agreed between the bankrupt and the Secretary of State removing the need for court intervention. For both BROs and BRUs schedule 4A of the Insolvency Act 1986 provides guidance in relation to the types of conduct that may be deemed ‘appropriate’ for warranting such a restriction. The examples of behaviour are by no means exhaustive, but do offer a wide range of actions designed to take account of the inappropriate actions of entrepreneur bankrupts. By contrast, the guidance in relation to consumer debtors is largely neglected.

Since their introduction, there have been over 2,731 bankruptcy restriction orders and undertakings. Although the figures are limited to post April 2004, they indicate a significantly increased usage since the beginning of 2006. Despite this increased usage, BROs and BRUs combined, have failed to account for more than 4 percent of bankruptcy orders in any given quarter raising questions as to their efficacy at protecting public interest.

A further key objective of the new legislation was to remove the stigma associated with bankruptcy by distancing the unfortunate entrepreneur from fraudsters who, under the old law, may have been treated and labelled equally. This approach is consistent with the aims and objectives of the European Enterprise Directorate General where they encourage the distinction between honest and dishonest debtors.

Whilst BROs and BRUs are recent additions to the bankruptcy procedure, it is suggested that early investigation into the efficacy of the bankruptcy restriction regime in relation to both consumer debtors and entrepreneur debtors be carried out now, so that any necessary amendments can be made before a significant problem arises. In addition to the distinction between consumer and entrepreneurial usage, it will be necessary to examine the issues that encompass all bankruptcy restrictions, namely stigma and public interest. Is the time now ripe for some independent investigation of this area?