Some memorable quotes from the deep mine of insolvency history 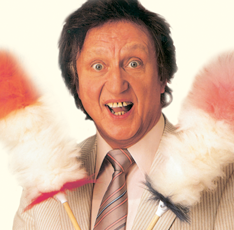 During the course of my labours in the mine of insolvency history I have often been tickled by the odd memorable quote here and there. Where possible I have attempted to introduce these memorable turns of phrase into my various writings on the history of the subject. This has been possible in the main, but in some cases it has not so I have decided to share them here. I will add to the list as time elapses and more sources are combed and notable quotes extracted from the rich vein of the documentary history of our subject.