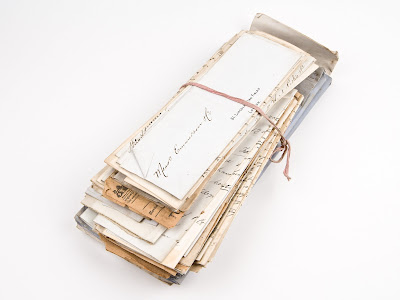 Bankruptcy is a state which can be viewed in several different lights. It can be a haven for a besieged debtor.  It can be a vehicle for shaming the debtor.  And it can be used as an instrument for disarming the debtor, to enable the petitioner to obtain some collateral advantage. It is a private action with public consequences and it is a class action pursued by individuals. Bankruptcy leads therefore, a multi-faceted existence and “to ensure that all parties maintain a proper respect for the spirit, as well as the letter, of the law” (Fletcher at 6-097) the legislature has invested the court with wide powers of discretion in relation to bankruptcy.

When a bankruptcy petition is presented the petitioner has no entitlement to an order for bankruptcy, as the court may make a bankruptcy order (IA86 s.264(2)). The court also has an overriding discretion pursuant to section 266(3) IA86 either to stay or, indeed, to dismiss the petition.

Despite the wide discretionary powers granted to the court, the legislature did not expressly state how the discretion was to be exercised.  Whilst section 266(3) IA86 has been discussed in number of cases (e.g. TSB Bank plc v. Platts [1997] BPIR 151; Oxted Financial Services Ltd v. Gordon [1998] BPIR 231; Ross (No. 2) [2000] BPIR 636 (CA), Westminster City Council v Parkin [2001] BPIR 1156; Hicks v Gulliver [2002] BPIR 518; Re Micklethwait [2003] BPIR 101) the courts have provided limited guidance but no clear, coherent framework that sets out the basis upon which a bankruptcy order should be dismissed or stayed.  What are the elusive principles that lie behind the exercise of discretion pursuant to s.266(3) IA86?

In-depth examination of this issue and many of the other provisions in the IA86 that vest the court and officeholders with a wide discretion could perhaps be the subject of a monograph collection of papers.  In the interim on the s.266(3) IA 86 point it seems as if the cases are consistent with the following:

(1)           Provided the formalities are in place, the court will lean in favour of the making of a bankruptcy order – after all, the debtor has got himself into difficulty and both he and his creditors may need protection.

(2)           The rationale for making an order will be augmented where the debtor can be shown by credible evidence to have engaged in past conduct (e.g. transactions at an undervalue) or to be about to engage in future conduct (e.g. high speculative investments or legal actions) which can be considered strongly prejudicial to the interests of the creditors as a whole.

(3)           But a dismissal of the petition is appropriate where the debtor can show that the petitioner has acted unreasonably or is using the petition primarily to obtain a collateral benefit or does not have the interests of all the creditors at heart.

(4)           Alternatively, a stay is appropriate where the debtor has a reasonably viable plan for paying off his debts in the moderately near future, which plan will not involve an unwarranted risk in wasting current assets.