Debtor Education - A Gross inspired solution for the UK? 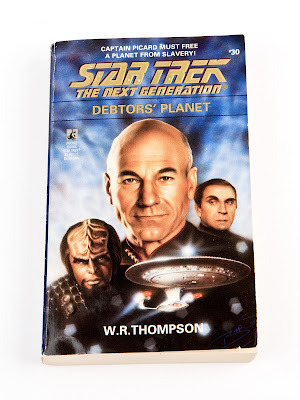 The recent international press coverage of the global credit crunch, the run on Northern Rock, the problems at RBS with Sir Fred 'the shred' Goodwin (who holds an honoris causa LL.D.), the part nationalisation of some banks, increasing domestic fuel bills, non-existent mortgages, negative equity, near absent commercial credit facilities, mass redundancies and falling house prices, all paint a very, very worrying picture. These worries are exacerbated for those who are already facing financial hardship due to other, perhaps unforeseen, pressures. However, these ‘high level’ problems that have led to personal financial problems were surely not unexpected.

This proposition does not make the position any easier for those suffering financial hardship, but it has given rise to some interesting evidence on the drivers of personal insolvency. The debate on irresponsible lending/irresponsible borrowing has been well aired. It is perhaps only now that we are seeing real supporting evidence for both sides of the argument. The sub-prime mortgage exposure and restrained activity of banks to loan between themselves (and others) must go someway to support a number of propositions made in the Bankruptcy Courts Survey 2005 (BCS 2005) regarding lending practices. Similarly, the record numbers of shoppers loading their credit cards and a total personal insolvency (bankruptcy and IVA) figure for 2008 of some 106,554 must support the converse. Is debtor education an answer to some of these problems?

The follow up research project to the BCS 2005 (again sponsored by the Insolvency Service) has been completed for sometime. Permission is currently being sort from the funders for publication on the SSRN and elsewhere. The ‘Personal Insolvency Project’ (PIP) report has a number of interesting findings, particularly on the credit environment, and on providers of Individual Voluntary Arrangements (IVA). Two articles have already been published which describe the work (one and two). On startling fact came out of the research on Debtor Education. As part of the project we offered free three-hour workshops on various aspects of personal finance (please see the final report for an excellent guide to personal finances and Martin Lewis’ excellent website). Despite sending invites to over 2,000 debtors in the Kingston and Croydon area (individuals who had been made bankrupt or been through and IVA) only 90 people said they would attend from our sample. This was very, very disappointing. If individuals with a record of financial problems are not prepared to engage in free education on better fiscal management then what is to be expected of those who have not passed through an insolvency procedure? A further ten sessions were then scheduled following the research across London. These events were to be held at Kingston University and the Insolvency Service. KPMG LLP, the accountancy firm provided some additional funding to pay for refreshments, advertising, etc, for these events. These events were all cancelled due to a lack of interest and take up. This is despite widespread advertising in Citizens’ Advice Bureaus across London and elsewhere. Perhaps there were methodological problems with the session and the advertisements, but this small sample does not bode well for future personal insolvency Debtor Education.

Much research remains to be done on the personal side of the subject. Professor Adrian Walters's PhD student’s thesis (‘The 21st Century debtor: understanding the main drivers of individual insolvency in England and Wales.") at Nottingham Trent University is eagerly anticipated. Professor Iain Ramsay has also returned to English personal insolvency scholarship following a long period in Canada. He now holds a chair at the University of Kent and will bolster research on personal insolvency within this jurisdiction.

As with so many other areas of bankruptcy law scholarship our American cousins have been active in these areas for sometime. In relation to debtor education, the leading authority is undoubtedly Professor Karen Gross of New York Law School. She has written extensively on this area. Here are some pertinent citations: