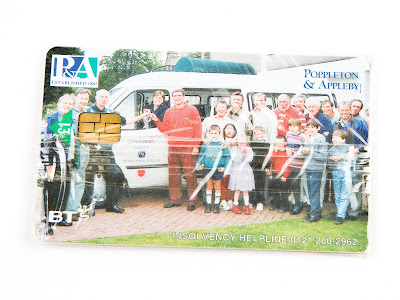 The Tribunals, Courts and Enforcement Act 2007 (c. 15), introduced a number of reforms to existing personal insolvency regimes (i.e. the County Court Administration Order) and some new additions to the personal insolvency procedure menu. In particular s.251A is introduced into the Insolvency Act 1986 (IA86) bringing about a new Debt Relief Order (DRO). I have discussed the personal insolvency law reform process that led up to this act elsewhere. In a previous blog entry I mentioned some issues surrounding the problems that might possibly arise when two Government agencies are involved in reforming one area of law and policy, namely the law relating to personal insolvency. These two areas will now be revisited.

We can now revisit the DRO process again, especially in light of the recent Insolvency Service (IS) DRO Creditor Conference, which was recently held to discuss the DRO regime and its implementation. Approximately seventy people attended the conference on 10 March 2009 that was held at the Insolvency Service, 21 Bloomsbury St, London. The conference began with an introduction from Mr Jon McGurk who is the Plymouth Official Receiver and the person who is heading up the DRO unit. Mr Nick Howard, Director of Policy, then followed and gave a presentation on the background to the DRO and a summary of the principal policy points regarding the DRO regime. Mr Roger Waetherley (DRO Project Manager) and Mr Rob Woolley (Assistant Official Receiver and DRO Unit Manager) then followed with a detailed presentation on the DRO (the PowerPoint slides are available from me if required). A whole range of matters relating to DROs were discussed. For a thorough discussion of the DRO regime see Professor Keay and Dr Walton’s second edition at page 201. Here are some highlights from the 10 March session and general points on the DRO regime:

There are a number of issues that come out of the day, which will now be highlighted. The first main issue arising relates to quantification of the sum owed by the debtor. If a debtor thinks they owe £3000 and the creditor thinks they owe £5000 only £3000 is caught in the DRO and the creditor can continue to chase for the remaining £2000. This seems a strange anomaly that certainly differentiates a DRO from bankruptcy. It will be interesting to see how this aspect is going to work.  It is respectfully submitted that it would have been better if the the whole debt should be caught.

The third issue relates to charges for the DRO procedure. There will be a (anticipated) £90.00 charge to enter a DRO. This can be paid at the Post office or through Payzone. This figure still appears to be quite high in my view. The respondents to the BCS 2005 certainly had some issues with entry into bankruptcy. I am sure these concerns will be replicated in relation to this new procedure. The £90.00 can be paid over a 6 month time period. This may go someway to alleviate the burden of entry. It is only once this sum has been paid that the AI can submit the DRO application.

Despite my earlier contentions regarding potential crossover between the Ministry of Justice’s remit and the Insolvency Service's remit, the whole process seems to progressing in an efficient and timely manner. In summary then the DRO implementation process has not highlighted a conflict between two Government departments dealing with very similar debt related issues. From a publication perception point of view however it must seem strange to the lay person that the Insolvency Service is not the only department with responsibility for dealing with insolvency issues.

Debt consolidation said…
it’s a good proposition for debtors. And once you get yourself free from debts, make proper planning in future and handle your financial matters intelligently and logically.
11 March 2010 at 16:09