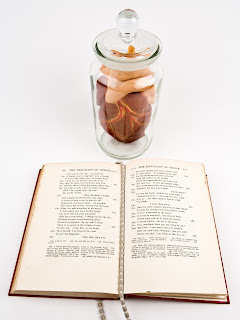 The subject of debt has featured prominently in literature. Portia’s vivid depiction of the fate of a non-paying merchant in Shakespeare’s The Merchant of Venice, is arguably the most famous literary illustration of the consequences of indebtedness. Portia describes what might happen to a fictional Venetian debtor who did not pay their creditor:

“this bond is forfeit,

And lawfully by this the Jew may claim

A pound of flesh, to be by him cut off”

Shakespeare may have been influenced by the “terrible law of the Twelve Tables” which advocated a cruel choice for the debtor. The Roman debtor could choose between banishment beyond the Tiber or having their body divided amongst their creditors in proportionate pieces to their respective claims, which has a curious echo in later English insolvency jurisprudence. The debtor and his family could also be imprisoned, chained and pressed into hard labour. Perpetual banishment into foreign slavery beyond the Tiber could also befall a debtor and his family.

Debtor servitude was a feature of many early societies. Forcing a debtor to work to make repayment to his creditor was seen as both a recovery mechanism and a prohibitive measure against irresponsible credit use.

This rather strict approach to debtor treatment by the Romans has a forerunner in the ancients. As Maine observes in the context of early contract law, “I mean the extraordinary and uniform severity of very ancient systems of law to debtors, and the extravagant powers which they lodge with creditors.”

But perhaps the most famous portrayal of debt in literature comes in the nineteenth century and particularly in relation to imprisonment for debt, what Weiss has called, “the Hell of the English.” Classics such as Bronte’s ‘Shirley’, Dickens’ ‘Little Dorrit’ and his ‘Dombey & Son’, Eliot’s ‘Mill on the Floss’, Gaskell’s ‘North and South’; Thackeray’s ‘The Newcomers’ and Trollope’s ‘The Way We Live Now’ all discuss and are frequently critical of the debtors’ prisons. Mr Micawber in Dickens' "David Copperfield" is sent to the King's Bench prison for debt. He is freed following an application under the Act for the Relief of Insolvent Debtors. This perhaps shows a positive side to Dickens' treatment of the insolvency laws.

The critical approach of many of the authors is perhaps best summed up by Johnson who observed:

"Since poverty is punished among us as a crime, it ought at least to be treated with the same lenity as other crimes: the offender ought not to languish at the will of him whom he has offended, but to be allowed some appeal to the justice of his country. There can be no reason why any debtor should be imprisoned, but that he may be compelled to payment; and a term should therefore be fixed, in which the creditor should exhibit his accusation of concealed property. If such property can be discovered, let it be given to the creditor; if the charge is not offered, or cannot be proved, let the prisoner be dismissed." (Idler, no.22, September 16, 1758.)