The insolvency lexicon – an embarrassment of riches? 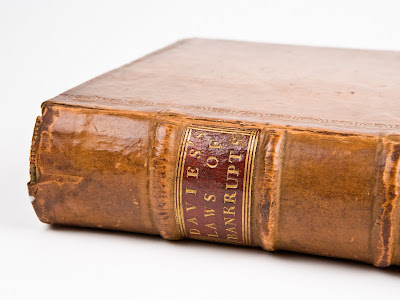 The terminology of insolvency law is voluminous. There are at least eight terms of art describing the different species of insolvency practitioner (e.g. officeholder, administrator, nominee, supervisor, trustee in bankruptcy, liquidator, provisional liquidator, receiver, and, administrative receiver). In addition to this superabundance of titles there is also a second important issue regarding terminology and insolvency law, namely, negativity. Insolvency and its associated terms of art have a long history of negative use and perception that continue to percolate through into modern insolvency practice. It could be argued that the seepage of negative terminology from the position of factual insolvency across into the system of legal rules designed to deal with that insolvent estate, namely the law of insolvency, is itself corrosive. For well over 500 years terms of art associated with the legal state of insolvency and what we would now call the law of insolvency have given rise to at best notions of wrongdoing and ill-usage and at worst presumptions of criminal intent. What is it about the law and practice of insolvency that gives rise to such negative perceptions? Does the failure of the financial estate simply carry through to the management, pursuant to the insolvency laws, of that insolvent estate, i.e. is the administering law somehow tainted with what has passed before? The law of insolvency and terms associated with the legal state of impecuniosity have long provided a fruitful source for comment and sometimes derision. These have ranged from negative, such as Lord Mishcon opining that, “insolvency is not a very thrilling or amusing subject” to the more amusing, such as Oscar Wilde observing, “one must have some sort of occupation nowadays. If I hadn’t my debts I shouldn’t have anything to think about.” The damaging baggage of bankruptcy in contemporary thought can conceivably be traced to the work of Charles Dickens and his expositions of imprisonment for debt throughout the 19th century. These separate jurisdictions certainly seem to have been muddled into one in popular perception. However, the negative perception goes much further back to the reign of James I, for in 1624 it was opined that, “the trade of bankrupting is the worm that eateth out the heart of all commerce and trade. Without casual loss, it is a wilful wrong.” Although perhaps, “allowance must be made for the extravagant language of the time.” (Aylmer). Attempts have been made to move away from the negative perceptions. This is most obviously evidenced by the seminal Cork Report’s (Cmnd 8558) huge impact on the underlying purpose of corporate insolvency. The mantra to be repeated following the enactment of the Insolvency Act 1986 would henceforth be: rescue, rescue, rescue. Indeed, the leading professional body that regulates insolvency practitioner changed its name from the Society of Practitioners of Insolvency to the Association of Business Recovery Professionals with a symbol of R3 signifying the three new great virtues of insolvency law: rescue, renewal, and recovery. We no longer have insolvency departments, but corporate recovery specialists, who curiously have personal insolvency work within their ambit. This new approach to insolvency law has brought with it a change in judicial attitudes to the administration of insolvent estates. We now have much more emphasis in the corporate sphere on the so called, “rescue culture”, that “seeks to preserve viable businesses [which] is fundamental to much of the Act of 1986” (Powdrill v. Watson).American use of bankruptcy as a term for both personal and corporate procedures has also muddied the waters on this side of the Atlantic. To the annoyance of many an insolvency practitioner and lawyer, the media use the term frequently in a non-technical sense, i.e. applying it erroneously to companies. This term first entered the legal lexicon in the 1530s and until the late 19th century applied strictly to traders. It has since its genesis perhaps been misused. The judiciary have even been guilty of such misuse - “it is not as if bankruptcy leads to the debtor's incarceration as it might have done 150 years ago. That is not to underplay the unpleasantness, seriousness and stigma of bankruptcy.” (West Bromwich Building Society v Crammer). Learned commentators have also been guilty, in his new layman’s text, Professor Muir Hunter QC notes, “Winding up or liquidation, is the process by which a limited company or a partnership is made bankrupt.” Perhaps this usage sits with the author’s intention to explain the processes in a clear, understandable manner and this brings us to the very crux of the language issue within insolvency law and practice. We might not perhaps want to go as far as Bentham and sweep all of these terms of art away and start afresh; but is the advice giving function of insolvency professionals unduly hampered by our verbose insolvency vocabulary? Perhaps however the technical minutiae and chicanery of this chancery subject may encourage and indeed cause a growing canon of terms to be deployed.
Picture Credit: Muir Hunter Museum of Bankruptcy, KU (GP).