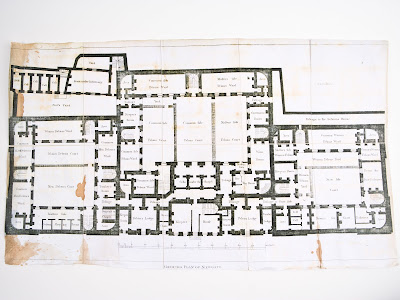 The father of modern insolvency law, Basil Montagu, once observed:

“Who could believe that, in England, in the 17th century, it was reported by a committee of the House of Commons, that a woman died in prison after having been confined forty-five years for a debt of £19?”

However, imprisonment as a treatment for debtors was not new to the seventeenth century. This particular kind of debtor treatment has a long history, going back at least as far as the thirteenth century in England. Some commentators have cast doubt on the benefit of this treatment arguing, “…it is a true Proverb, a Prison pays no Debts…”

In the thirteenth century there was some reluctance to imprison individuals for debt, except those who owed money to the Crown. This was because imprisonment denied the Crown access to the citizen’s body for war or for general service. The Crown’s privilege for imprisoning its debtors was soon extended to the merchant classes. From the 14th century we see individual execution against the debtor’s body as a consequence of failure to adhere to credit obligations.

Metropolitan institutions such as the King’s Bench and Queen’s Bench prisons, Ludgate debtors’ prison, the Marshalsea, Newgate prison, the Fleet prison, and the Clink, all have their predecessors in county towns across the country where provincial debtors were often imprisoned in the town gatehouse or in some instances specially constructed debtors prisons. There were also ‘Sponging Houses’, a form of halfway house between debtors’ prison and freedom, where Bailiffs would detain debtors at great expense so as to extract what little money the debtor had left.

The rationale for imprisonment for debt was not punishment for non-payment of the sum owed to the creditor. For creditors it was a coercion measure designed to extract payment from the debtor or his family and friends. For the debtor it was perhaps a, “system of escape from an intolerable load of debt”.

The fact that the debtor had to reside in conditions that were exactly the same as felons has caused some commentators to argue that whilst not treated as criminals, debtors were treated like criminals. Conditions within debtors’ prisons could be harsh both in the Metropolis and in the provinces, leading some debtor prisoners to escape. One seventeenth century commentator highlighted barbarous practices by the Gaolers such as the ravishing of debtors’ wives and daughters, torture, starvation, disease and theft.

The clamour for reform had reached a countrywide crescendo during the 18th century with many pamphlets and petitions were published on the topic of abolition and reform. In 1869 imprisonment for debt was abolished.

The hopeless state of debtors’ prisons is perhaps summed up most eloquently by Samuel Johnson writing in 1758. He observed:

“It is vain to continue an institution which experience shows to be ineffectual. We have now imprisoned one generation of debtors after another, but we do not find that their numbers lessen. We have now learned, that rashness and imprudence will not be deterred from taking credit; let us try whether fraud and avarice may be more easily restrained from giving it.”

Freedman’s analogy of “punishing a cow for giving no milk by shutting her up from pasturage” is perhaps apt.