The historical forebears of Insolvency Practitioners - the Commissioners in Bankruptcy 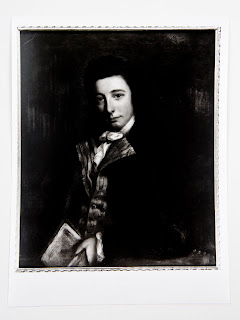 The first English bankruptcy statute, An Act Against Such Persons As Do Make Bankrupts (1542 or 1543 - a moot point) created, the first tribunal for the disposition of a bankrupts’ assets. From 1571 this distribution was carried out through a new Chancery officeholder, the Commissioners of Bankruptcy who drew their authority from the Lord Chancellor. They were the forebears of the modern insolvency practitioner and had to have a number of qualities according to Sir Edward Coke: “wisdome, honesty, and discretion.”

By the beginning of the nineteenth century there were about 70 Commissioners, divided into 14 separate lists. These included Basil Montagu (pictured above as a youth) who was appointed a Commissioner in Bankruptcy in 1805. He later became the first Accountant-General in Bankruptcy in 1832, a precursor of the current Inspector General. In each bankruptcy case the commissioners were obliged, before acting, to take an oath “to execute their duty faithfully, impartially and honestly, according to the best of their skill and knowledge without favour or affection, prejudice or malice.” They were required to administer the oath to each other and to keep a memorial thereof signed by them all.

Far too often in practice lip service only was paid by many bankruptcy commissioners to the fiduciary obligations imposed upon them. It was not uncommon at a time when a voluntary petition was not permitted, for a debtor to collude with a friendly creditor in the presentation of a petition with a view to the appointment of some compliant bankruptcy commissioners. This type of scandalous behaviour brought the whole system into disrepute.

Within days of becoming Lord Chancellor in 1801, Lord Eldon, at one time a bankruptcy commissioner himself, made a statement in open court “expressing strong indignation at the frauds committed under cover of the bankrupt laws, and his determination to repress such practices”. He continued:

“the abuse of the bankrupt law is a disgrace to the country; and it would be better at once to repeal all the statutes than to suffer them to be applied to such purposes. There is no mercy to the estate. Nothing is less thought of than the object of the commission. As they are frequently conducted in the country, they are little more than stock in trade for the commissioners, the assignees, and the solicitor. Instead of solicitors attending to their duty as ministers of the Court for they are so, commissions of bankruptcy are treated as a matter of traffic: A, taking out the commission; B. and C. to be his commissioners. They are considered as stock in trade; and calculations are made, how many commissions can be brought into the partnership. Unless the court holds a strong hand over bankruptcy, particularly as administered in the country, it is itself accessory to as great a nuisance as any known in the land; and known to pass under the forms of its law.”