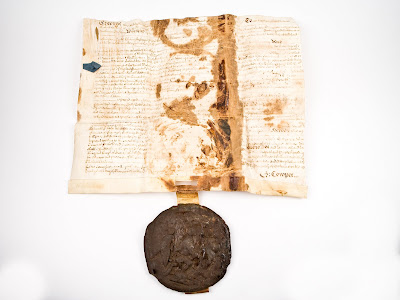 In modern English law we have moratoriums, or breathing spaces, in both corporate and personal insolvency procedures. These allow the debtor some respite from their creditors so that the debtor can rearrange their affairs and compose with their creditors. There is historical evidence of a similar idea, known as Debtor Sanctuary. Historically however, debtors did not go to a sanctuary to then pay back a portion of their debts. They went to avoid them entirely.

Sanctuary existed throughout the medieval period through until the late seventeenth century as a device that allowed an individual to seek sanctuary in a jurisdiction other than the secular common law jurisdiction. This prevented execution against the debtor’s body so that he would not be taken off to debtors’ prison. Once a debtor was in a sanctuary their creditors were forced in relation to their money to, “ go whistle them.”

There were two main types of sanctuary, first, those controlled by the church, and secondly, the secular or civil sanctuaries. It was in the later of these two categories that the debtor might find himself or herself.

London and its surrounding environs contained other sanctuaries or privileged places such as Whitefriars, the Minories, Salisbury Court, Fulwood’s Rents, Mitre Court, the Savoy, Baldwin’s Gardens, Deadman’s Place, the Clink, Montague Close, and the Mint. Writing in 1636 Powell also identifies: Ram-Alley, “a garrison of olde soldiers, every one of the which is able to lead a whole army of younger debtors”, as well as, Milford-lane, Duke Humphrey, Ely-Rents, Cold Harbour, the Fryers and Great Saint Bartholomewes. In the City of Westminster there was a sanctuary in St’ Peter’s, Westminster.

“the many and notorious and scandalous practices used in many pretended privileged places in and about the Cities of London, Westminster, and the Borough of Southwark, thereby defrauding and cheating great numbers of people of their honest and just debts.”

Sanctuary was not available to those “dead in law”, i.e. those who have sought the sanctuary of the churchyard due to a judgment of felony. Sanctuary was abolished in 1723 for civil matters. However, as late as 1819 Scotland was mooted as a possible place of debtor sanctuary for the poet Thomas Moore who had incurred a civil debt to the Admiralty.