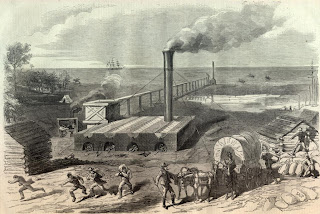 In advance of the 2nd quarter 2010 insolvency statistics R3 have released an interesting piece of research on the make up of corporate insolvency. They note:
"Exclusive research by R3, the insolvency body, has tracked each sector through the recession and found the largest number of insolvencies were in the real estate, renting and business activities sector. With over 12,000 (12,050) insolvencies, this is nearly double that of the second most affected sector - construction, at 7,184. Wholesale and retail are third with 6,077 and manufacturing fourth with 4,664 – all measured from the second quarter 2008 to the end of the fourth quarter 2009.
R3’s President Steven Law commented:
“The decline in real estate massively outstrips that in any other sector. Clearly there was an oversupply when the recession took hold and, as people and businesses became less inclined to move, development projects could not be sold on.
“The real estate industry was the first key sector to be hit by the recession, and had its worst time one quarter before (Q4 2008) all the other main sectors. It is important to see these figures in context - with over 1 million enterprises, compared to just over 500,000 in the wholesale and retail industry, real estate is the largest sector, a factor in pushing insolvency numbers higher.”
When insolvencies are viewed as a proportion of the total number of enterprises in each industry:
Steven Law concluded:
“The findings indicate that the pain has been evenly spread, looking at these percentages. Hotels and restaurants have had the toughest time as a sector with close to two in every hundred becoming insolvent during the recession, due to their dependence on consumer spend. The manufacturing industry has also been hit very hard, but traditionally is one of the first sectors to recover.”
“As a result of low interest rates and HMRC’s Time To Pay scheme, corporate insolvency numbers have started to come down this year. However, it will take until the end of 2011 before we know if there is an ‘insolvency lag’ still to work its way through. This ‘lag’ has been a typical feature of past recessions when insolvencies rise during a recovery as creditors stand to achieve greater returns and weakened businesses have used up their reserves to stay afloat.”
Picture Credit: http://www.sonofthesouth.net/leefoundation/civil-war/1862/november/salt-factory.jpg