HOBS: Traders defined for the purpose of the Bankruptcy jurisdiction 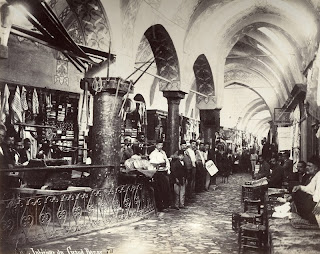 As noted yesterday in the blog entry differentiating the imprisonment for debt and bankruptcy jurisdictions, ‘Trader’ as a term of art in the bankruptcy jurisdiction was very narrowly defined,[1] just as an ‘act of bankruptcy’ would later become.[2] There are a small number of sixteenth and seventeenth century cases where the definition of ‘trader’ was examined.[3] In Stanley v. Osbaston,[4] a case heard in the Hilary term of the 34-year of Elizabeth I’s reign, it was held that it was actionable to call a shoemaker a bankrupt. The critical facts in the case turned on the buying and selling of leather as part of the shoemaker’s activities and the words, “he was a bankrupt.”[5] It was held that the action in the case did lie even though the shoemaker was not a merchant, “but he got his living by buying and selling.”[6] This is arguably a particularly liberal interpretation of the term trader and we will see that some later cases were more restrictive in their interpretation and in the extension of the bankruptcy acts to different classes of individual.

We now move on some forty-seven years to the next reported case on this issue. Heard in the year 1639, the case of Crisp v. Prat in Ejectione Firmae[7] is particularly of note as it involves a consideration of the four bankruptcy statutes that had been enacted up until that point, namely, 34 Hen.VIII, 13 Eliz I, 1 Jac I, and 21 Jac I. The facts of the case are relatively straightforward and revolve around Ralph Brisco who was an “inholder”[9] who had purchased some copyhold land. This copyhold point is immaterial for the purposes of this blog discussion and we will instead concentrate here on the first major point in the case, namely whether, “an inholder be a bankrupt within these statutes.”[10] This case exhibits a trend towards the strict interpretation of the definition of trader as the four judges of the King’s Bench, including the incumbent Chief Justice,[11] held that, “an inholder quatenus an inholder is not within these statutes.”[12]

There was, however, some discussion in relation to the special facts surrounding Ralph Brisco and whether he personally could be accounted a trader within the bankruptcy acts. An inholder makes money by buying material for the animals that he shelters, i.e. horses (grass, hay, and grain), and provisions for his human guests. Justices Barckley and Jones held that in some “special circumstances”[13] an inholder might fall within the statutes. This would be so in relation to an inholder according to Justice Barckley if, “it is found that he got his living by buying and selling, and using the trade of an inholder.”[14] Chief Justice Bramston and Justice Crook did not consider that an inholder contracts with his guests to bring him within the definition of someone who buys and sells. The inholder, they held, lacked the ability to enforce any specific contract as his services are “provided” rather than sold.[15]

The case is also of particular note because the activities of scrivener and cattle seller are also referred to. It was noted that a person who buys and sells cattle could fall within the bankruptcy statutes.[16] A scrivener could not, however, pursuant to 13 Elizabeth as, “he doth not live by buying and selling, but by making use of the monies of other men.”[17] The bankruptcy statute 21 Jac resolves this issue, however, and brings scriveners within the ambit of the statute. Is buying and selling sufficient in itself for a supposed trader to fall with the ambit of the bankruptcy statutes or is something else needed? As is noted in the case, if buying and selling was all that was required then, “all men should be within the statutes.”[18] This point goes back to the something addressed in the previous paragraph. What is paramount in considering an individual and whether or not they fall within the definition of a trader is whether they, “gain the greatest part of their living thereby, and live chiefly or absolutely thereby.”[19] An inholder who purely earns income as a result of the provision of shelter and sleeping arrangements would not, therefore, fall within the protection afford by the statutes, especially if he owned the land upon which the provisions were grown. He would have to go further and also buy and sell other materials and provisions, such as those mentioned above.

So far then we have shoemakers, scriveners, inholders who buy in product to sell on, and cattle sellers as individuals who have been classified as “traders” and so fall within the bankruptcy acts. The next reported case of note on this subject was decided some fifty-eight years later in the year 1697. In the case of Meggot assignee of the Commissioners of Bankrupt of Wilson v. Mills et al[20] the potential bankrupt, Mr Wilson, was consecutively a victualler and then an inn-keeper who had obtained ale on credit terms from Mr Meggot, a brewer. The panel[21] in the case had to consider whether an inn-keeper could be a bankrupt.[22] Again a number of other roles are discussed in relation to who could be accounted a bankrupt. These included a victualler, who could be, and a farmer, who could not. As with the Crisp v. Prat[23] judgment, special circumstances were considered by the jury in relation to Wilson and his activities as an inn-keeper. The jury found that:

“an inn-keeper bought goods for the use of his guests, and sold them to his guests; and the question was, whether the inn-keeper by this was a bankrupt? And adjudged by the whole Court that he was not, because the trade was not at large, but confined hospitantibus, and is properly the accommodation of guests.”[24]

What about a situation when a man changes positions or roles? Can he still be accounted a bankrupt? Meggot v. Mills is authority for the proposition that he can.[25] It is noted, “though a man quits his trade, yet he may be a bankrupt for the debts that he owed before.”[26] Most curiously a creditor who contracts when the debtor is in his new position (which might not bring him within the bankruptcy statutes), can still participate in any bankruptcy commission brought by ‘old’ position/role creditors. This new creditor will then be able to participate in any share of the bankrupt’s estate.[27]

Later the types of professions that would fall under the bankruptcy statutes would be extended to bankers, brokers and scriveners, as well as those who made their living through buying and selling.[28] Indebtedness, however, did not always preclude attempts to trade.[29]

One final point should be made in relation to traders. Bearing in mind the above case exposition it is unlikely that Edwards’ unsupported contention actually worked or was even attempted in practice. She has noted, “Some would describe themselves as traders, dealers or chapmen to avoid that fate.”[30] The ‘fate’ that Edwards had in mind was perpetual imprisonment as a non-trader debtor. Debtors may have attempted to bring themselves within the ambit of the bankruptcy laws to escape the insolvency laws, (although she provides no evidence of this) but the evidence of success of this approach is not borne out by the case law or historical record.

[3] This relatively short list of who could be classified as a trader was expanded over the course of the eighteenth and nineteenth centuries. See Smith v. Mills, sometimes referred to as, The Case of the Bankrupts (1584) Trin. 31 Eliz, 2 Co.Rep.24b, and in particular the copious annotations (starting at footnote (b)) to the original report of Sir Edward Coke, where numerous case law examples are given as to what constituted a trader during the 18th and 19th centuries.

[9] In the case report the term and spelling “inholder” is used. This style is maintained in the passage discussing the cases for reasons of clarity and consistency.

[15] We should of course not judge law or history backwards and should instead conceptualise the judges’ views within the year 1639 and notions of contract law as formulated at that time.

[16] But this is authority for the opposite conclusion. For a cattle seller case where the farmer was held not to fall within the bankruptcy statutes see: Bedells case.

[27] Ibid. In Hitchcock v. Sedgwick [1690] 2 Vern.155, a rather stricter approach was adopted as to who could be accounted a creditor. It was held that a creditor who lent money to a bankrupt after a bankruptcy commission had been sued out against him could not come in as a creditor pursuant to the bankruptcy act.