Financial Times pieces on Bankruptcy: DROs and the Bankruptcy Registry 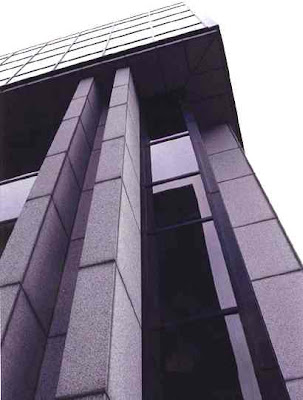 A couple of interesting news items have appeared in the Financial Times (FT) over the last couple of days that touch on the personal side of the subject. The first touches on Debt Relief Orders (DROs) and the second touches on the Bankruptcy Registry at the RCJ (again!) There are the usual journalistic issues regarding the accuracy of the split between imprisonment for debt and bankruptcy as two separate jurisdictions and Dickens' father was not a bankrupt, but save for these two points, the articles make interesting reading.

In The Pickwick Papers, Charles Dickens – himself the son of a bankrupt – described London’s insolvency court as the last refuge of all “the destitute shabby-genteel people”, a “badly lighted and worse ventilated” room with the “most especially dirty faces” packed toward the front.

The dirty faces may be gone, but more than 170 years later the dingy waiting room outside Britain’s busiest bankruptcy court is still doing a brisk trade in misery just a few days before Easter.

About 3,500 of those will have been dealt with by the registrars in a room known only as TM 1.10, located on the first floor of an ugly 11-storey office block tucked away behind the Royal Courts of Justice on the Strand.

The Thomas More building, which was added to the courts’ sprawling neo-gothic complex in 1990, sees as many as 40 people a day shuffle down its strangely vibrant powder-blue corridors on their way to the bankruptcy court.

For most, it will mark the end of a long struggle against the mounting unpaid bills that have piled up amid the UK’s first recession since the early 1990s.

On Tuesday, a slow trickle of debtors began to fill up the room by 10.15am, waiting for their name to be called out by the court clerks. Most sit quietly in scuffed plastic chairs, reading one of the City’s free daily newspapers or staring blankly at the dark grey linoleum floor.

Insolvency laws in England date back to medieval times, when bankruptcy was considered a criminal offence and most debtors faced prison for failing to pay their bills.

Today, anyone that can stump up a deposit of £345 can ask the court to be declared bankrupt. Creditors owed more than £750 can also force a debtor into bankruptcy, if they have repeatedly defaulted on payments.

Filing for bankruptcy means that most of a person’s debts will be written off and their creditors barred from taking additional action against them. When the bankruptcy order is discharged – usually after 12 months – someone can attempt to make a fresh financial start.

In the interim, however, they will almost certainly lose assets of any realisable value, including their home, their car, and any “luxury” items.

If a business is owned, this could be sold and any employees dismissed. Bankrupt people also cannot hold certain public offices, such as MP, councillor or magistrate, and cannot practice in some professions, including solicitor and accountant.

Somehow those concerns seem largely secondary back in room TM 1.10, where hearings can last just five or 10 minutes, even when someone has hired a lawyer to represent them."

"Bankruptcies to grow in online scheme

A new, inexpensive and simple way to go bankrupt, available online, is expected to increase significantly the number of insolvencies in England and Wales.

Debt relief orders allow borrowers to write off up to £15,000 of debt for a one-off fee of £90. The option is not aimed at homeowners, even those in negative equity, or anyone with more than £300 in assets. Certain debts such as court fees and student loans cannot be included.

But there is concern that enabling consumers to renege on their debts for just £90 could exacerbate irresponsible borrowing.

According to accountancy firm Wilkins Kennedy, “quick and easy bankruptcy” could become a popular way for debtors to walk away from creditors without attempting to pay them back. As a result, it said, banks could become more nervous about lending to individuals without assets.

The proceedings for DROs are similar to those of bankruptcy. In most cases borrowers will be discharged within a year, at which point any remaining debts will be written off.

Borrowers cannot take out a DRO without the approval of an approved third party, which must assess whether the individual is unable to repay creditors any of their money. Citizens Advice Bureau, one of the intermediaries involved, has estimated that a third of its clients, about 50,000 people, could be eligible for a DRO.

The introduction of an affordable bankruptcy option is intended to remove some of the strain placed on courts by the administration required for bankruptcy. The new option was also a reaction to the problem faced by thousands of indebted households on low incomes who find themselves in limbo, unable to meet debt repayments or afford the £495 price tag of a bankruptcy, according to Mike Gerrard, head of personal insolvency at Grant Thornton.

But, he said, there could be negative repercussions for some creditors if individuals who could pay back a proportion of their debt are permitted to take out a DRO.