A Warning Shot to IPs influenced by the Conservative Party? – Pat McFadden’s letter to IPs on their responsibility towards employees within admins 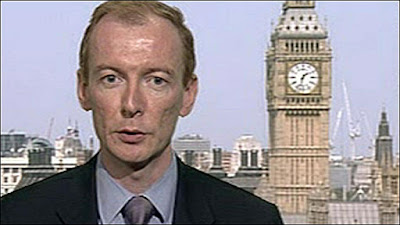 As a company nears insolvency and enters Professor David Milman’s twilight zone, it is interesting to mull on the different stakeholders who are involved at this critical time. The relationship between directors and creditors has been explored in great depth by Professor Andrew Keay in a number of articles and his recent monograph on, inter alia, sections 213 and 214 of the Insolvency Act 1986 (IA86).

A letter sent on the 4 March 2009 by Mr Pat McFadden MP, the minister with overall responsibility for the Insolvency Service, as Minister of State for Employment Relations and Postal Affairs at BERR, highlights another group of key stakeholder relationships, namely: the relationship between the company and its employees and the relationship between the Insolvency Practitioner (IPs) and a company's employees.  In the letter Mr McFadden reminds IPs of their obligations towards employees in an administration. That these professionals supposedly need reminding of this obligation is in itself a bit worrying. This begs the question: what was the motivation for the letter? In a recent blog entry I mentioned the Conservative Party and Institute of Directors’ (IOD) claims that Chapter 11 is better for employees than administration. Whether or not this is true is a matter for further investigation. But the Conservative Party and IOD contentions must surely have influenced the Minister. Are these claims the genesis of this recent letter? Do IPs really need reminding of their statutory responsibilities in this manner?

There are a number of other issues that arise from the contents of Mr McFadden's letter. I will take these paragraph by paragraph. A copy of the letter is available from me if required:

Perhaps the most important issue to focus on as regards the letter is not the motivation for sending it or some of the problems raised in the preceding paragraph regarding the minutiae of its contents and the implications of the same, but that Mr McFadden uses the term 'rescue.' The Minister notes:

"Although I believe that the current insolvency framework is well aligned to the interests of employees, in that it seeks to promote company and business rescue and therefore preserve jobs where possible..."

This ministerial re-statement of the nature and purpose of English insolvency law is very positive and focuses on the main purpose of Administration in the main. The IOD and Conservative Party may see Mr McFadden's letter as a response to their unsupported claims that Administration is not working. Rescuing viable companies is a key aim of English insolvency law and practice and has been since 1986 and the seminal Cork Report.

Unknown said…
This article mainly addresses the situation where companies are running out of money and cannot fund a consultation period. If they have sufficient funds what excuse is there for not obeying the law.

I can think of many areas where companies or individuals would like to save money by ignoring statutory requirements, but wanting to save money is not a good reason for doing so!
27 May 2009 at 18:47

Anonymous said…
Ian Lucas
Minister for Business and Regulatory Reform (http://www.bis.gov.uk/ministers/ian-lucas) has had to write to these guys again. This will explain why http://www.youtube.com/watch?v=AQlEOZMbzRw. Clearly the industry just doesn't expect the law to apply to them.
29 December 2009 at 19:00